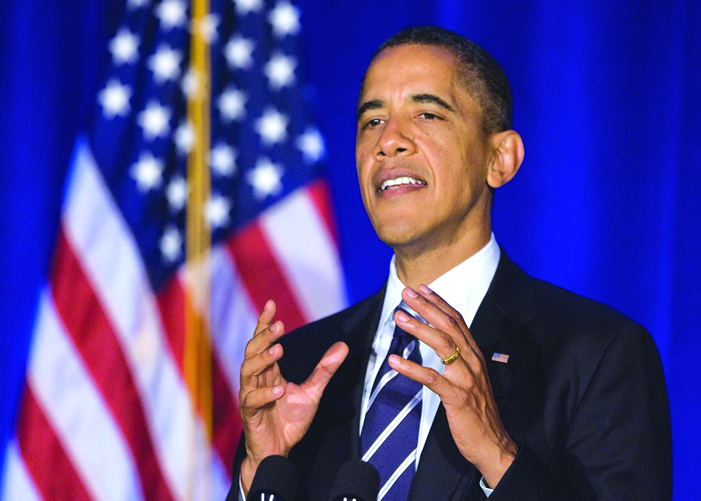 The Obama administration signalled it would not jeopardise the US power to veto the International Monetary Fund (IMF) decisions to achieve its goal of giving China and other emerging markets more clout at the lender, according to people familiar with the matter.

That message had been delivered by the IMF in Washington last month, where officials discussed how to overcome US congressional opposition to a 2010 plan to overhaul the lender’s voting structure.

A solution backed by Brazil would have enabled an end-run in Congress, while potentially sacrificing the veto the US has held since the Second World War.

With that option out, the people said, IMF members were considering a watered-down proposal that could alienate China and India, which are already challenging the postwar economic order by setting up their own lending and development institutions.

“I’m not at all surprised the US has rejected anything that puts its veto at risk,” said Edwin Truman, a former assistant US Treasury secretary for international affairs. Yet on the new alternate plan, “You can imagine some countries saying, ‘Why are we doing this at all?’”

The Obama administration’s priority remains to secure Congress’s support for the 2010 plan, the Treasury department said.

Congress’s failure to ratify the changes “threatens US leadership and causes other nations, including some of our allies, to question our commitment to the IMF and other multilateral institutions”, Whitney Smith, a spokeswoman for the Treasury department, said, without referring to the US position on the measure that would threaten the country’s veto power.

IMF spokeswoman Simonetta Nardin would say only that the IMF “continues to work with the membership on an interim solution”.

The 2010 plan calls for increasing the emerging markets’ sway through a doubling of the IMF’s capital, with the US contribution subject to approval by the US Congress. Without that approval the plan would not have the support of the required 85% of members’ voting shares, because the US has 16.7%.

Voting rights are proportional to capital shares at the fund.

The option backed by Brazil and other countries would have pushed through changes without requiring Congress to ratify them. The catch was that the US veto over major IMF decisions may have been at risk if Congress failed to react by approving the 2010 plan, because the US voting share would potentially fall below the 15% threshold needed to maintain the power.

The international fund is now considering a capital increase of just 10%, said the people familiar with the matter.