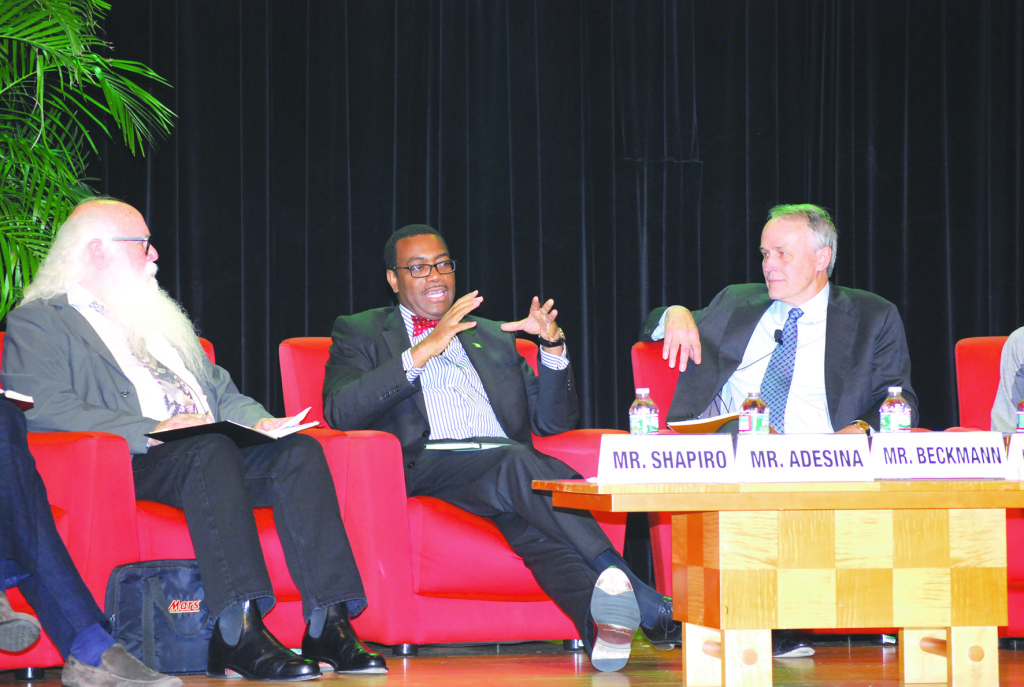 The ability of developing countries to attract young people into agriculture depends on how policymakers act, says Dr Akinwumi Adesina, Nigeria’s Agriculture Minister. Rather than being seen as a development programme often intended to salvage people from hunger, agriculture, he counsels, can and should run as a business to attract the youth as well as ensure food security.

Speaking at a flagship programme on ‘Achieving Food Security in the Face of Climate Change’ at the IMF/World Bank meetings here in Washington, he highlights Nigeria’s success in implementing the agriculture ‘business model’, which he says has attracted billions of dollars in private sector investment, increased productivity and reduced rent-seeking in government procurement within three months.

“Agric will soon be the biggest money making venture in Nigeria and indeed Africa. But it has to be investment driven,” he says.

Dr Adesina decries Africa’s $35billion food import bill as unacceptable while emphasizing the importance of transparency and probity. Nigeria, he says, will spend $340million in the next few years towards modernizing agriculture. He believes that agriculture holds the key to the future as it can foster inclusive growth rapidly; a reason he says the country is investing heavily on it.

Access to finance, markets, insurance and land, will in the Minister’s view, unlock the vast agricultural potential in Africa.
Studies show that about 40 percent of arable land in Africa is under cultivation, a proportion that drops to 11 percent when efficient land utilization is considered. Reducing poor land practices by giving farmers incentives, Dr Adesina says, will go a long way towards increasing yield.

Transport network, according to Edgar Blanco, Research Director of MIT’s Center for Transportation and Logistics, is crucial to improving productivity through the efficient movement of food.
Susan Jackson of International Seafood Sustainability Foundation believes that it is necessary to put an end to the over-exploitation of   the seas which she says poses economic, social and national security issues. She urges stakeholders to reach out to policymakers on the efficient management of the seas.

Howard Shapiro of the Mars Advanced Research Institute draws attention to food safety, which in his view is not taken very seriously.