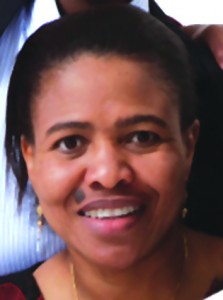 THE above topic is a tricky one. It is not as easy as it seems because it is traditionally convenient to look back, offer historical analysis of woes and simultaneously point accusing fingers elsewhere.  The subject compels one to look forward with facts and enlightened knowledge as guides. The result is that after over 40 years of Walter Rodney’s seminal work on “How Europe Underdeveloped Africa”, it is still difficult to put a hand on what Africans are doing to develop Africa, apart from fiddling with statistics.

Yet, the topic requires the truth:  the future of Africa lies on what Africans can do, or avoid doing, in the continent’s development process.  If we believe psychologists, and peep into Abraham Maslow’s hierarchy of needs, the physiological needs are the basic requirements to human survival.  These include air, water, food, shelter, clothing, and a little more.  The general consensus is that the African continent is still a long way to meeting these primary needs.

The implication is that any effort at moving the continent forward without first addressing the issues of housing, availability of food, clean water, and clothing will be tantamount to building a house without foundation.

So, the first step towards enhancing Africa’s status in 50 years’ time will be to reconstruct the challenges to the most basic levels.  Africa’s needs are very simple; very basic.   It does not even require visionary leadership to tackle the basic problems of Africa. That may be asking for too much. Africa  only requires responsible leadership.

Africa will make no progress if leaders at various levels continue to pay lip service to the underdevelopment of the continent. There are too many talk-shops on, and about, Africa.  In fact, all that is needed to be said towards the development of Africa has been said.  What remains now is to work at various levels of implementation.  This calls for a good matrix of responsible leadership and patriotic followership.   If well harnessed, it would become obvious that so many job vacancies exist in Africa begging to be filled; and the clamour for inclusive growth will cease.

Enhanced education will even help most Africans to identity and grab job opportunities themselves.  There may be little need for them to wait for their leaders.  A typical case is the world-acclaimed Nigerian film industry, Nollywood, which is a creation of young and educated Nigerians who refused to put faith in the government for employment salvation.  They took the bull by the horns and created a multi-million dollar industry for themselves, and other Africans, to the bargain.

Nollywood is an apt demonstration of what educated and determined Africans can do.  It can only get better.  An important lesson from this industry is that there is very little or no incident of corruption or mismanagement of public resources in any sector where there is less government involvement.  So, over the next 50 years, the continent will be a better place with less government interventions, in many sectors of the African economy.

To make any progress, the little demi-gods who are holding their countries as their private empires, under various guises, should have no place in the new Africa.  The entire continent should truly be democratic, where constitutionally allowed tenure limits would be strictly respected.  In this regard, the African Union needs to wake up.  Any African leader who tampers with his national constitution, to perpetuate himself in office even a day longer should be ostracized, to discourage such and other power adventurists.  In this regard, all other African countries, as well the African Union should recognize the main opposition as the new legitimate government of that country.  The idea that only one man, or one woman, can govern a country should be an anathema in the new Africa.  Such characters should not just be merely condemned, they should be stopped.

It is only when the right things are done at home, and everyone knows their place, and limitations even as the rules are enforced, that there can be an Africa free of crises. Any other thing is tantamount to the peace of the grave-yard.  Africa, in the next 50 years, should be at peace at home and earn her place abroad.

The current pursuit of all kinds of aid should give way.  The basic question every informed African must ask himself is: “Can Africa thrive without foreign aid?”  Yes, we can!  Africa must begin to think of how they can develop themselves, with genuine foreign partnerships, and not aid.  An economically independent Africa will contribute more to the world than an aid-dependent one.  Africa needs to wean itself off its aid-feeding bottle.

The current outlook may be forlorn. The fervent prayer, however, is that over the next 50 years, Africa should be a self-assured continent free from its local tormentors and foreign exploitation.