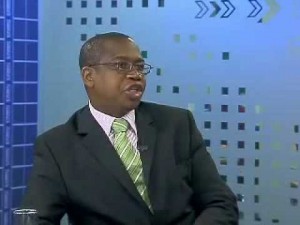 Before joining the Bank, the revered scholar who holds a PhD in Mathematical Finance from Cambridge University, UK on “Pricing Options under Stochastic Volatility” had worked as a Lecturer in Finance at the London School of Economics, UK, where he taught and supervised undergraduate and graduate students in finance and investments, and general theory of asset pricing.

He has also held the post of Dean of the Faculty of Commerce, Law and Management at the University of the Witwatersrand (Wits), Johannesburg, South Africa, and was Dean and Professor of Finance at Wits Business School.  He equally has extensive experience as an Investment Banker, and was founding Chairman of Barbican and Selwyn Capital, which are involved investment banking.

He has published widely in the area of finance and economics, and some of his papers have won awards. In this interview with AnnualMeetings Daily, Professor Ncube sheds light on how Africa has continued to be among the fastest growing regions in the world, the need for inclusive growth in the continent and why African leaders must adopt sound macroeconomic policies to help put public finance on sustainable footing and revive growth. Excerpts:

How would you assess Africa’s economic and social potential in relation to its performance particularly in the past year? How can these potential be better harnessed towards the development of the continent?
At 4.2 percent real GDP growth in 2013, Africa continued to be among the fastest growing regions in the world, second only to developing Asia. The continent has demonstrated considerable resilience in the face of the slow and uncertain global recovery. Growth was broad-based, with more than 60 percent of the countries having grown at 4 percent or more. While natural resources contributed to growth in resource- rich countries, countries not endowed with natural resources also recorded solid growth.

Africa’s medium-term prospects are good in light of improving global economic recovery, continued prudent macroeconomic policies and reforms of the business environment. In 2014 and 2015, Africa’s growth is projected to be around 6 percent. Natural resources will be an important driver. Equally important will be Africa’s ability to attract FDI to non-oil sectors and develop manufacturing. As in previous years, growth will be supported by strong domestic demand, especially investment in infrastructure and expansion of productive and export capacities.

Looking ahead, three areas raise policy concerns: (i) Uncertainties surrounding the global economy; (ii) Reversal of capital flows in the wake of the monetary tapering by the US Federal Reserve, and (iii) Home-grown risks such as political upheaval (e.g., Libya) or weakened macroeconomic policies (e.g. Ghana) or weak business environment (e.g., Kenya) which, if not resolved, could slow progress and even reverse earlier gains.

To what extent would you say that the African Sovereign bonds have helped African countries to raise funds for development?
Indeed, Africa’s financing needs for development remain substantial. For example, the continent has a large infrastructure gap in terms of access and quality. Closing it would require additional US$50 billion a year, but can boost Africa’s annual growth. International bonds also bring foreign currency, which can be used to import capital goods for infrastructure investments.

Seychelles and Ghana were the first sub-Saharan countries other than South Africa that issued bonds on international markets in 2006 and 2007, respectively.  In 2013 alone, SSA countries were able to raise more than $5 billion. In 2013, the following countries issued 10-year bonds: (i) Rwanda issued $400 million with yield at issue of 6.88%; Nigeria issued $500 million at 6.63% yield; Ghana issued $750 million at 8% yield; and Gabon $1.5 billion at 6.38% yield. One of the advantages of Eurobonds are their lower costs – yields on Ghana’s domestic bonds reached 20% and those of Kenya and Nigeria ranged between 10 and 16%.

Africa’s bond issuance is not restricted to Eurobonds. Several African countries (e.g., Gambia, Sudan) have been issuing sukuk bonds (complying with Sharia law) and others have announced plans to do so. South Africa is expected to issue sukuk in the first half of 2014, which could encourage other countries (e.g., Tanzania, Kenya) to issue their own.

African governments have issued international sovereign bonds for a variety of reasons. Besides forex needs, these include financing for increasing public infrastructure spending, benchmarking (including for expanding international market access for firms), and public debt management (including debt restructuring). Unfortunately, in some cases proceeds have been used for public consumption, raising risks to debt sustainability.

The downside of accessing international capital markets is that SSA countries are increasingly vulnerable to global financial shocks. There has been concern that the reversal of the policy of quantitative easing, primarily in the US, might disrupt the growth of emerging economies and scuttle international bond markets. Already the end of 2013 saw the return of volatility of capital flows to emerging economies, lowering growth prospects in China, and by implication, in Africa.

What would you advise African leaders to do to alleviate poverty and achieve inclusive economic development?
While Africa is among the world’s fastest growing regions and has made progress towards meeting the Millennium Development Goals (MDGs), strong economic growth in Africa has not automatically translated into increased wellbeing for everyone. The proportion of people living in extreme poverty (on less than USD 1.25 a day) has fallen from 56.5 percent in 1990 to below 48 percent today. From this perspective, Africa’s policymakers need to strive to achieve inclusive and broad-based growth with employment to make a meaningful dent in the region’s poverty by 2030.

Human capital development should be at the centre of Africa’s priorities. There should be emphasis on eradication of poverty, equality, improving food security, social protection and health for all, adequate shelter and access to water, sanitation and hygiene, and gender parity. It is vital to implement comprehensive policies that include capacity building and promote market-relevant curricula to help young people obtain decent and well-paid jobs.

Innovation and technology transfer need to be the base for accelerating growth and development. Access to energy and ICT is critical to Africa’s economic and social transformation as is basic infrastructure. Africa must seize the technological and digital innovations in the areas of mobile technology, cloud computing, biotechnology, e-governance etc., to expand business opportunities.

The AfDB has harped on the need for inclusive growth in the continent. Do you think African countries have embraced this idea?
One of the overarching objectives of the African Development Bank’s Ten Year Strategy (2013-2022) is to make growth inclusive by broadening access to economic opportunities for more people, countries and regions, while protecting the vulnerable. Improving the quality of growth can put Africa on the path to structural transformation—to moving from primary products to value-added manufacturing and services. Despite increases in GDP over the past decade, African growth has been narrowly concentrated in a few sectors and geographic areas. It has not been inclusive enough, nor has it led to deep reductions in poverty and inequality. African countries have definitely embraced the idea of inclusive growth as it will help them address the constraints that limit the participation of women and youth in the economy and help fragile states acquire finance and knowledge to build capable institutions. The Bank will assist African member-countries to build safety net programmes to reduce vulnerability and increase the integration of disadvantaged and marginalized groups. Safety net programmes, as part of a broader social protection agenda, would address the risks, vulnerability and social exclusion that these groups normally face.

To ensure that inclusive growth is sustainable, the Bank will help African countries to gradually transit to green growth that will protect livelihoods; improve water, energy and food security.

Since 2012, the Bank has been working alongside African countries to assist them in establishing institutional, policy and regulatory enabling environments for inclusive green growth. For instance, Sierra Leone has integrated green growth into its poverty reduction strategy, and the government is focusing on encouraging partners and the private sector to invest in initiatives that have high potential for green growth. Mozambique’s national action plan for green growth was developed with the support of the AfDB. The Bank has also initiated scoping work in Morocco, Cape Verde, Madagascar, Kenya, and Rwanda, and more and more African countries are embracing this idea of inclusive green growth.

To help African countries better benefit from the use of their natural resources, the AfDB has created the African Natural Resources Centre. The centre is expected to play a strategic role in the sustainable development of the continent, providing advisory services and technical assistance to member countries.

Do you think that the Sovereign Wealth Fund (SWF) is effectively addressing the problem of poverty in Africa and also enhancing competitiveness in the continent?
When well designed and implemented, sovereign wealth funds (SWFs) can be an important source of development finance, especially in resource-rich countries. Currently, Africa has about 15 sovereign funds; 4 out of 5 largest ones are in oil rich economies. African SWFs are predominantly driven by stabilization needs and to a lesser extent by the need to accumulate wealth for future generations. For most African countries, stabilization needs are two-fold. In the short term, African countries need to smoothen their expenditures in a context of volatile commodity prices and revenues. In the long term, African countries need to protect themselves against decline in revenues resulting from depletion of non-renewable resources.

African SWFs, at least most of them, could do more to benefit their economies and Africa in general. For that, they would need to go beyond their stabilization motives to position themselves as instruments for achieving economic growth, intergenerational resource transfers, infrastructure financing, financial sector stabilization, deepening and broadening and regional integration. Similarly, we also believe that foreign SWFs can provide a sizeable source of FDIs to African countries which should lead to human and physical capital formation and ultimately growth. SWFs cannot substitute for prudent fiscal policy. A SWF should therefore be seen as a useful complementary tool that is integrated with the budget.

Nigeria’s recently established Sovereign Wealth Fund (SWF) of about $1 billion (to be raised to $5 billion over the medium term) has some promising elements in this design that could facilitate its effective use for poverty reduction. While the SWF aims to manage (i.e. save and invest) the country’s volatile oil revenues, it also contains the infrastructure fund, in addition to stabilization and intergeneration fund. The purpose of the infrastructure components is to develop, finance, and implement infrastructure projects, with a view to stimulating job creation, economic growth and social development. Recently, for example, the SWF provided funding — $10 million – to Agricultural Financing Fund in Nigeria.  Nevertheless, the overall effective implementation, including transparency and accountability, can still be improved.

Another example is Botswana which has a long-standing successful experience with sovereign wealth funds. The country’s Pula Fund, established in 1994, undertakes long-term investments in foreign currency in equity and fixed income instruments in developed countries. The Fund, managed by the Bank of Botswana, is part of the country’s foreign exchange reserves, providing a buffer against external shocks. Specifically, trigger points have been agreed that allow the fund to be drawn from in the event that macroeconomic policy adjustments alone cannot stabilize the reserve level. A notable feature of the Pula Fund is its focus on inter-generational equity – and aims to preserve a portion of diamond income for future generations.