Every government that came to power in Nigeria has in the last three decades claimed that economic diversification away from oil as central to its economic policy, yet none made efforts to whittle down over dependence on oil for government revenue. Like a farmer watching the winds before planting, they all waited, in religious observance, for news emanating from the international oil market, before planning their annual budgets. Yet oil accounts for less than 20 percent of the GDP, but over 80 percent of government revenue.

Recent developments in the international oil market once again bring the message home that oil is still the major driver for the economy. Many analysts posit that the 2016 recession was oil induced, and coming out of recession was equally oil influenced. Tellingly,  the 2019 Budget of N8.73 trillion of which expected revenue is N6, 966 trillion, out of which N3.688 trillion will be from oil while non oil income will be N1.385 billion and the rest will be through borrowing thus fears of crude oil price falling below the projected $60 per barrel are central to present apprehension in official quarters. 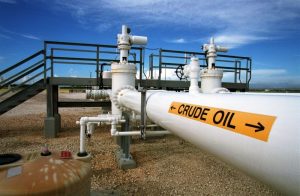 Inspite of this huge reliance on oil, it beats the imagination that the federal government is reluctant to embark on the much needed reforms of the petroleum sector, to make it more open, competitive, and investor friendly by imbibing global best practices. Moreso, the Petroleum Industry Governance Bill (PIGB) which has been in the making over the last 18 years, and which holds so much hope for the petroleum sector, has been on the desk of Mr. President, gathering dust, and waiting for Presidential Assent since the National Assembly passed it and transmitted same to the President August last year. Stakeholders are of the view that Nigeria has been starved of new investments in oil and gas projects principally due to the lack of progress of the Petroleum Industry Governance Bill (PIGB). Analysts argue that the bill will better regulate upstream agreements, fiscal terms, and production-sharing contracts. The bill also aims to create efficient governing institutions with clear objectives, so as to diminish the powers of the state owned Nigeria National Petroleum Corporation (NNPC).

Judging from the central role petroleum still plays in the nation’s economy inspite of the now worn out swansong of economic diversification, one would think that the federal government will treat with dispatch, policies aimed at reforming the sector to attract more investment for national development. Also, many thought efforts aimed at economic diversification would encompass plans to diversify government’s revenue expectations from petroleum by developing others sectors using oil revenue while it can as other oil dependent economies in the world are doing due to finite nature of oil, and emergence of alternative energy sources. To help natural resource endowed countries navigate through the challenges posed by such resource wealth, the Natural Resource Charter which is a set of principle intended for use by governments, societies and the international community to determine how best to manage natural resource wealth for the benefit of current and future generation of citizens was formulated by a team of experts from across the world. In Nigeria, this Charter was domesticated through the Nigeria Natural Resource Charter (NNRC) a nongovernmental, non-profit institute that promotes the effective management of national resources for public good using its 12 economic principles ‘Precepts’ as guide.

The NNRC in its recent Benchmarking Exercise Report (BER), found less than commendable progress in efforts to reposition the petroleum sector for meaningful progress. The Report which covers areas such as legal framework and institutional building, transparency, taxation, local impacts of exploration activities, investing for growth, reforming state owned enterprises and the role of international community among others found that though relative progress has been made between now and its last report, unfortunately, delays in embarking on much needed reforms is hurting Nigeria’s oil and gas industry, thus denying the country of much needed investments to the advantage of neighbouring countries such as Ghana, Angola among others. For economic diversification to take root, oil which is the main economic driver must undergo the much needed reforms to be able to play the role effectively and efficiently. Moreso, to drive the diversification process which entails the development of the real sector of the economy, Nigeria must for once put its oil wealth to good purpose while it can.

But to achieve the above, there is need for stability especially in the oil producing Niger Delta region. The BER found that communities affected by the effects of oil exploitation mostly in the Niger Delta region are shut out from decisions that directly affect them and government agencies that should monitor compliance with environmental standards lack the technical and financial capacity to carry out the jobs entrusted in their care. Consequently, the communities bear the brunt of this policy failure. While many argue that over the years, government has come up with various structures and establishments aimed at ensuring positive development impacts on the lives of the people in these communities, the question remains whether such efforts were followed through to ensure that what was set out to achieve on paper actually left the drawing board, and if it did, to what extent did implementations go in addressing perceived challenges without which peace in the areas will not be sustainable.

As commendable as recent efforts at mitigating the effects of over five decades of environmental degradation in the Niger Delta region with the clean-up of Ogoniland, more direct engagements should be introduced to curtail not only the negative impacts of oil exploitation on the environment, but also the socio economic impacts which led to the emergence of militancy in the region. This has given birth to the hydra-headed monster of maritime piracy, oil theft, facilities sabotage, kidnapping, and other vices. According to the United Nations, Nigeria lost $2.8 billion between the 3rd and 4th quarters of 2018 alone. The “Report by the Secretary-General on the activities of the United Nations Office for West Africa and the Sahel” notes that Nigeria lost this huge amount through oil related crimes between July and December, 2018.

Environmental pollution arising from oil prospecting and exploration in the region has impacted negatively on the biodiversity of the affected areas. The main stresses arise from leakages of crude oil, gas flaring and the escape of other chemicals used in production processes. Effects on the flora and fauna of freshwater ecosystems in this part of Nigeria have been noticed. According to the Department of Petroleum Resources (DPR) an estimated 1.89 million barrels of petroleum were spilled into the Niger Delta between 1976 and 1996 out of a total of 2.4 million barrels spilled in 4,835 incidents which is approximately 220,000 cubic metres. A UNDP report states that there have been a total of 6,817 oil spills between 1976 and 2001, which accounts for a loss of three million barrels of oil, of which more than 70% was not recovered. The Report specifically notes that 69% of these spills occurred off-shore, a quarter was in swamps and 6% spilled on land.

The Nigerian National Petroleum Corporation (NNPC) places the quantity of petroleum jettisoned into the environment yearly at 2,300 cubic metres with an average of 300 individual spills annually. However, because this amount does not take into account “minor” spills, the World Bank argues that the true quantity of petroleum spilled into the environment could be as much as ten times the officially claimed amount. In 2010, Baird reported that between 9 million and 13 million barrels have been spilled in the Niger Delta since 1958. One source even calculates that the total amount of petroleum in barrels spilled between 1960 and 1997 is upwards of 100 million barrels (16,000,000 m3). While these spills can be quantified in monetary terms, the damages done to the environment, and the communities whose means of livelihoods are destroyed, cannot be quantified. The overall results of these are the hopelessness and general insecurity that pervades the region.

A recent report by The Institute for Oil, Gas, Energy, Environment and Sustainable Development (OGEES) of the Afe Babalola University, Ado Ekiti, stated that the implementation of laws governing environmental issues in the Nigerian petroleum industry remained weak, while the agency in charge of regulating the industry appears distracted. According to the Report, the implementation of the regulatory framework for environmental protection in the Nigerian oil and gas sector is still very weak despite the existence of a rich set of regulations contained in the Environmental Guidelines and Standards for the Petroleum Industry in Nigeria (EGASPIN). The researchers concluded that “There is confusion on the roles of agencies with multiple and overlapping responsibilities. We think this does not provide the right atmosphere for a strong implementation of environmental guidelines in the oil sector,” adding that “the DPR has a lot on its plate, it is not in line with international best practices for an entity to be the licensing authority and to also be the environmental watchdog”.

Public participation, increased transparency, and consultation in decision-making around the development of oil and gas can help to a great extent to generate a sense of commitment and ownership among stakeholders, which in turn strengthens accountability and the overall sustainability. Transparency contributes to ensuring the behavior of stakeholders is accountable to others, a key element of ensuring an effective and sustainable governance of the oil and gas industry. Bodies of evidence abound to show that transparency can help to reduce corruption and increase the benefits derived from the oil and gas sector while also contributing to improving security and stability for investments and reducing conflict among stakeholders. However, transparency alone is not sufficient for reducing corruption, and other elements need to be present to make it effective, such as institutional and human capacity to process the information gathered and the ability to punish corrupt officials. This is what the Benchmarking Exercise Report (BER) of the NNRC hopes to achieve, thus the need for policy makers and stakeholders to adopt its findings.

Unless there are concerted efforts to ensure communities gain from the various exploration activities going on in their localities through what experts call “backward linkages” in which the local economy benefits by generating local employment, transferring knowledge, and outsourcing inputs locally, peace and stability will continue to elude these communities, which hampers operations of the oil companies and by extension hurts the economy. Where governance is weak, as in most of these communities, natural resource extraction not only exacerbates inequalities but also generates negative growth. Today, the government and oil companies spend billions on security in the Niger Delta region, while Nigeria loses so much through crude oil theft, all these are fallouts of decades of negligence and policy failures of the past. To avert future disasters and ensure oil effectively drives economic diversification, there is another window of opportunity now to do the right thing.