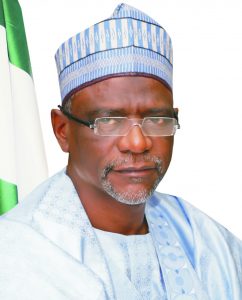 Since March 2016 when African leaders celebrated the first Africa Day of School Feeding, several successes have been recorded in improving the nutritional component of early childhood development. Many countries have initiated school feeding programmes as part of their policies to improve education outcomes through improved nutrition which is a big determinant of later-life chances.

In Nigeria, the school feeding programme started by the Buhari government has led to a drop in the number of out-of-school children, according to the Minister of Education, Mr Adamu Adamu..

Nigeria used to be ranked bottom in number of children not in school with 10.5 million unfortunate children, however the school feeding programme has reduced the number to 8.6 million, the Minister says while admitting that other initiatives of the government such as integrating Quranic schools into modern education system as well as the deliberate drive to enrol children in schools contributed greatly to the reduction of children not in learning. The effect of school feeding is backed up by research by the World Bank which shows school feeding increased enrolment in Burkina Faso, Kenya and Peru.

In recent years, several African countries have put faith in school feeding as part of their drive to improve quality of education. Kenya, an early adopter of the programme, has seen a huge rise in school enrolment just as several non-governmental organisations are taking the lead in school feeding.

According to reports, an NGO Mary’s Meals which feeds over 1.3million children daily, has helped to increase enrolment in schools in Malawi, Liberia, Kenya, Zambia and South Sudan among others.

“These meals do not only meet the immediate need of the hungry child, they also enable them to grow well-nourished and well-educated, to become the young men and women who will lift their communities out of poverty one day,” says Magnus MacFarlane-Barrow, founder and global Chief Executive of Mary’s Meals.

The Africa Day of School Feeding was instituted by the African Union Summit to recognize school meals as the world’s most widely-used social safety net, with multiple benefits for students, farmers and communities.

Niger, one of the champions of home-grown school feeding in Africa, hosted a high-level event to commemorate the date along with the African Union and the World Food Programme. The event held in Niamey had the presence of over 10 ministers and senior government officials, as well as representatives of other African countries.

The prime minister of Niger, H.E. Mr. Brigi Rafini, had stated during his speech at the Africa Day of School Feeding ceremony in 2016 that “the development of school feeding programmes has a real impact on children’s access to school and completion of the school cycles, but also and above all it contributes to decrease the number of early marriages and of children living in the streets. We observed a 12.4 percent rate of dropout in schools without school feeding programmes against a rate of 1.6 percent in those with school feeding programmes”.

H.E. Dr. Martial De-Paul Ikounga, Commissioner for Human Resources, Science and Technology of the African Union, led the African Union delegation that went to Brazil in August 2015 to learn about the impacts of home-grown school feeding and its role in promoting local development. “Home-grown school feeding, as currently envisaged, is a programme with multiple benefits that extend beyond the school. It also stimulates areas such as agriculture, nutrition, health, and social development”, says Dr. Ikounga.