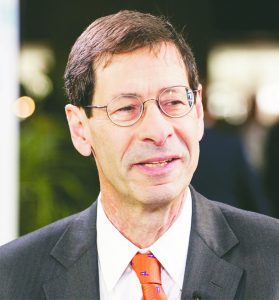 Ten years after the spectacular failure of the investment bank, Lehman Brothers which sparked the global financial crisis, global economic recovery is yet to return to pre-crisis level just as risks to global growth have risen in the past six months, according to the IMF latest assessment contained in the World Economic Outlook (WEO).

Global growth is projected at 3.7 percent in 2018-2019, 0.2 percentage point less than the growth estimated in April. The downward revision reflects the impact of the ongoing trade dispute among major economies, slowing growth in China, normalising monetary policy in advanced economies, decline in world trade, emerging market turmoil and renewed sanction on Iran by the United States.

Growth in advanced economies is marked down by ageing population as growth of working age population slows and its attendant effect on weak productivity.

Emerging and developing countries face precarious growth due to the near certainty of capital flow reversal as monetary policy is being normalised in advanced countries. Energy exporters, according to the IMF, have seen their growth prospects improved by rising prices of crude oil but the reverse is the case for oil importers.

Post-crisis performance
Sluggish investment since the financial crisis, according to the report, is the main channel through which output losses are registered with associated long-lasting capital and productivity shortfalls compared with pre-crisis levels. Policy choices, the Outlook noted, influenced the level of output performance across countries, emphasising macro-prudential policies and effective supervision; flexible exchange rates and unconventional monetary policy as the policies that achieved the best result in boosting output.

About 91 countries in the immediate aftermath of the crisis experienced decline in output in 2009 out of which 24 experienced banking crises. About 60 percent of the affected economies still have depressed output due to weaker external demand from countries experiencing banking crisis; which dragged down investments.

Crisis intervention by countries has led to a spike in median government debt to GDP ratio of 52 percent compared to 36 percent before the crisis. Many governments rescued their banking sector in the wake of the crisis which also dragged them deep into debt.

The social impact of the crisis is even starker as the report acknowledges. Fertility rates have declined in many economies just as the advanced economies have seen net migration dropped. The fall in fertility rate and the greying of population of advanced countries will weigh on the labour force participation rate.