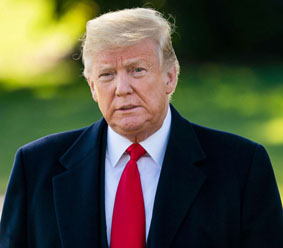 The jury is still out on whether the speakers at the first day of the Great General Debate, in which world leaders speak in turns, kept to this year’s theme of “Making the United Nations relevant to all people”.

Predictably, US President Donald Trump who was the second to address the Assembly flew into his speech with his accustomed aplomb, blowing his trademark “Trumpet” like one on a domestic election campaign. “I have accomplished more than almost any other administration in American history”, he claimed, sending the packed Assembly into loud guffaws and suppressed boos that shocked even he, the trumpeter. It would contrast sharply with the long, sustained applause that greeted the impassioned address of France’s Emmanuel Macron, a while later.

Recovering his composure, the American leader confessed that he “didn’t expect that reaction” but said “it was okay” and without missing a beat, plodded on, reeling irrelevant statistics on American economy.

President Trump’s opening lines gave the distinguished delegates a taste of what was to follow. The entire address did not surprise international observers used to Trump’s peculiar take on global affairs and his near obsession with the ‘America First’ philosophy. Without mincing words, the American leader said he “rejected globalism” because it represents a threat to sovereignty. He defended US protectionist policies, railed against the UN as a bunch of unaccountable unelected, bureaucrats and bragged about his country’s non-recognition of such organs as the International Criminal Court (ICC), withdrawal from the Human Rights protocol etc, before lashing out at the Organisation of Petroleum Producing Countries (OPEC) for “ripping off the world” with high oil prices. 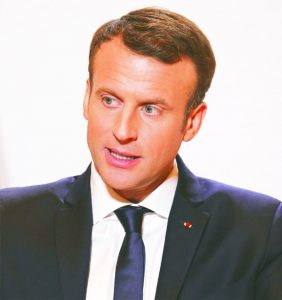 A bemused delegate wondered if Trump’s intent was really to dissolve the world body, which, incidentally and ironically America had helped to build, as he kept pummelling multilateralism and upholding nationalism and divisiveness in the name of “patriotism”.

To be sure, Trump did not leave off China, Iran, Russia and Venezuela, from the sustained diatribe that his speech ended up being. Nor did he refrain from throwing side jabs at Germany and other traditional allies of the US. 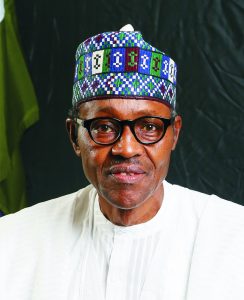 The American leader’s transactional approach to diplomacy so overwhelmed the audience that only a few took in his salient points on the need to make the UN a more efficient institution. Many could not just reconcile today’s US with the US that has led much of the developed world since the end of World War II.

It was up to President Macron, who spoke a couple of hours later, to redeem the essence of the UN and speak the minds of the majority of leaders at the Assembly. Visibly disturbed at the tone of US president’s address and repudiation of the UN’s achievements and usefulness in the world order, Macron warned that the UN could go the way of its predecessor, the League of Nations. He cautioned, rather ominously, that were that to happen, the blame would go to “some of the people who have spoken in the Assembly today”.

President Macron argued that there would be “lawlessness” where everyone pursues only their own interests as Trump advocated, “leading to clashes and isolationism”. He clearly called for multilateralism, noting that “we have all benefitted from globalisation and can solve its discontents by working on the inequalities that are undermining it. The French leader also called on world leaders to go ahead with climate change agreements and other multilateral protocols in spite of the US’ pull out. His call for the reform expansion of the Security Council resonated well with delegates.

Unsurprisingly, Iran’s Hassan Rouhani came out swinging at all Trump stood for and advocated. He declared meaningfully that “those seeking dominance and hegemony are the ones disturbing global peace. The government of US seems determined to render all international institutions ineffectual”. He accused Trump of using the UN for “domestic elections and propaganda gains”, vowed not to be intimidated by the “bullying and imposition” tactics and to match the US “commitment for commitment, violation for violation, threat for threat and step for step.”

Rouhani told the world that Iran would only respond positively to a dialogue of equals in the international arena, suggesting that Trump abandoned the multilateral Iran nuclear deal, still backed by all the original signatories other than the US because of his unconscionable desire to obliterate his predecessor’s legacy.

Virtually all other addresses for Day 1 spoke in favour of multilateralism. President Muhammadu Buhari of Nigeria, Africa’s largest country, commended the efforts of the leaders of the US, South Korea and North Korea for moving the world closer to a nuclear-free Korean peninsula. He cited the peace moves in the Horn of Africa, where Ethiopia and Eritrea have resolved long-held differences and the cooperation of countries in the Lake Chad Basin as examples of what multilateralism achieves. He urged the global community to continue to cooperate on the fight against terrorism and illicit financial flows that exacerbate conflict and poverty, which lead to illegal migration and associated tension in the world.

At the close of proceedings, it was obvious that the “debates” at the 73rd Assembly of the UN would prove to be a rich resource for the world to fashion a new order, in tune with the blinding speed of the technological developments and politico-economic changes remodelling the world.