The Nigeria Natural Resource Charter (NNRC), a nongovernmental organization actively engaged in promoting reforms for effective, transparent and accountable management of natural resources for public good, commends the National Assembly for the passage of the Petroleum Industry Governance Bill (PIGB). This is as it urges the President to sign the Bill into law. Speaking on the development, the Program Coordinator of the NNRC, Ms. Tengi George-Ikoli said that inspite of the prolonged delay in the passage of the Petroleum Industry Bill, this nonetheless is an important step. She highlighted that the National Assembly must now prioritize the fiscal component of the PIB to encourage increased investments in the Nigerian petroleum sector to improve her competitiveness on the world stage. 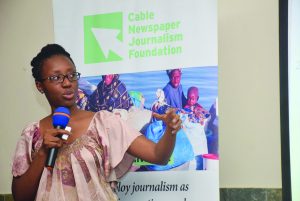 “The overarching importance of this development to the Oil and Gas Sector cannot be over emphasized”, she said. “From the NNRC’s point of view, there is no better time than now, especially with the Government’s commitment towards economic diversification, greater private sector participation, openness and accountability, inclusivity and environmental remediation, all encapsulated within the 12 Precepts of the Nigeria Natural Resource Charter (NNRC) Framework”.

The absence of a functional petroleum sector has reportedly cost the Nigerian economy significantly as it is estimated that the country has lost over $200bn in revenues over the years. If Nigerians are to benefit from the natural resource endowments, the role of functional legal framework cannot be down-played, she added. With the new governance law for the industry, these huge revenue losses to the nation as a result of process lapses will be strictly limited if not eliminated.

The bill, the first of four relating to the petroleum industry, promises to revolutionize the way in which is the oil and gas sector is governed and are designed to curb the high levels of corruption associated with the sector by introducing more transparency and accountability measures.

One notable change under the PIGB is the break-up of the Nigerian National Petroleum Corporation (NNPC) and the creation of several new organizations. These include a National Petroleum Company (NPC), which will handle state stakes in upstream ventures, and Nigeria Petroleum Assets Management (NPAM), which will administer government interests in offshore production-sharing contracts among other responsibilities. The plan is for both NPC and NPAM to be established within six months of the bill passing into law. Transfer of NNPC assets to the new entities is due to happen in the 12 months after they have been set up.

NPC is intended to operate as “a fully commercial entity”, which will be permitted to raise funding for its share of upstream project costs independently from the government—something which will be welcomed by the international oil companies. Their projects have been subject to delays due to the absence of adequate state funding and a lack of clarity in government decision making.

The bill also allows for NPC to float some of its shares on the market, although the timeline for this is not clear which should also encourage the international oil companies back to the Nigerian shores.

To achieve this passage, the original draft Petroleum Industry Bill—which was kicked around among lawmakers for 17 years to no effect—was split into a number of separate draft bills two years ago. This was part of an effort to make the legislation more digestible and to give it a better chance of becoming law. That strategy seems to be working.

The Senate President, Dr. Abubakar Saraki was quoted as saying that he expects the two most important components of the PIB —the Petroleum Host Community Bill (PHCB) and the Petroleum Industry Fiscal Bill (PIFB)—to be passed soon. The PHCB includes legislation designed to assuage unrest in the Niger Delta region by providing support for communities there, while the PIFB deals with fiscal terms expected to provide clarity to investors and encourage increased investment.

The Deputy Chairman, Ad-hoc Committee on Petroleum Industry Bill, Hon. Victor Nwokolo, who led earlier debates on the Bill explained that the House wanted to make sure that the Bill will include the Petroleum Host Community Fund as well as Fiscal reform matters. Ensuring the inclusion of affected parties is an important step towards increasing trust in the government and also reducing friction and restiveness within the mining vicinities. The passage of the component parts of the bill will contribute to improving Nigeria’s performance against Precept 1 of the Nigeria Natural Resource Charter Framework which that resource management can only secure the greatest benefit for citizens through an inclusive and comprehensive national strategy, a clear legal framework, and competent institutions.