To many who knew him, Babacar N’diaye, African Development Bank’s fifth president, lived a great life and practised his banking trade by taking to heart the time-honoured, sagely admonition, “put your money where your mouth is”. He certainly did his utmost to invest his time, mind and resources in Africa, whose dire need for development engaged his very soul and actions. 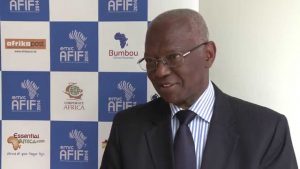 He did not play to the gallery. Neither did he speak to be applauded. He worked his talk. Babacar, as he was fondly called, believed that strong and big institutions were what Africa needs to develop. Anytime he identifies any major area of development intervention outside the core mandate of the AfDB, he set up a pan-African institution to squarely face the challenge. It was this thinking that saw to the establishment of the African Export-Import Bank (Afreximbank) to enhance inter- and intra-African trade.

Similarly, Dr N’diaye envisioned and created Shelter Afrique to boost the housing deficit in Africa. To drive integration in East and Southern Africa, he set up the PTA Bank. And before he left office, Babacar has put everything in place to float a pan-African airline he thought could rise from the ashes of the defunct Air Afrique.

Dr N’diaye also had a large space in his warm heart for African entrepreneurs. He rightly believed that Africa was in short supply of quality entrepreneurs. So, he brought together a few African top businessmen he could lay hands on to set up the African Business Roundtable. This was a platform for leading lights in Africa’s businesses to interact, collaborate and where necessary, pull resources to become big global players.

Dr N’diaye nurtured dreams. He believed in Africa and Africans too. Babacar inspired the birth of The African Economy magazine, a sister publication of AnnualMeetings Daily. Back then, he charged the publisher to set up a magazine that should “unapologetically tell the African economic story”.

Dr N’diaye frowned at the scenario where every story put up about Africa was negative. He felt that there were also much negative stories about other continents, which were not given much prominence as Africa’s under-performance. He believed that the bad press Africa attracts continuously crowds out the good deeds going on in the continent. This was why he pioneered the process of bringing indigent journalists from all parts of Africa to cover the AfDB annual meetings. N’diaye made the AfDB annual meetings a global event. He worked to earn the triple ‘A’ rating the pan-African institution still enjoys today.

Dr N’diaye saw the entire Africa as his constituency. He was devoid of any complex; superior or inferior. He truly loved his fellow Africans and worked hard to give them a better life.

N’diaye joined the AfDB way back in 1965 shortly after its inauguration. He worked his way up the ranks, finally arriving at the top perch as President 20 years later in 1987. Along the way, he garnered invaluable experience and knowledge of Africa’s development challenges that would serve him well as the Bank’s chief visioner-cum-steersman. Incidentally, N’diaye remains to date, the only chief executive of the Bank who rose from the ranks in the institution, and the first to win a second term in office.

Babacar was at home in every part of the continent. He left the African Development Bank better than he met it. Indeed, his legacy lives.

Babacar N’diaye will be sorely missed and remembered by the friends, colleagues and acquaintances he magnetized with his charming manner; not least, the management and staff of D.E.R. Ltd, this publication’s holding company who owe the great African economist a debt of gratitude for being a true mentor and friend.