For several years, climate change and its anticipated impact had formed a compelling agenda in major issues of discourse around the world. The destructive effects of natural disasters appear to have jolted a complacent world to reality. Hurricanes, earthquakes and flooding are threatening lives and endangering humanity. 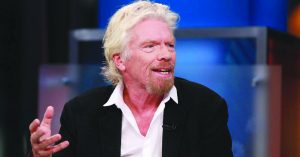 The impacts of climate change are becoming increasingly visible, and rapid urbanization is concentrating risk in vulnerable regions of the world. Without major investments in resilience, climate change may push up to 100 million people into poverty by 2030, according to the “Shock Waves” report.

The “Investing in Urban Resilience” report estimates that global infrastructure needs at more than $5 trillion per year. To better explore how to bring resilient infrastructure to scale, the Global Facility for Disaster Reduction and Recovery (GFDRR), the World Bank, the Government of Japan, the European Union, and USAID hosted a Resilience Dialogue at the ongoing World Bank/IMF Annual Meetings.

Richard Branson, Founder of the Virgin Group, who was the keynote speaker expressed concerns over the devastating effects of natural disasters and urged the global community to act promptly through the provision of resilient infrastructure.