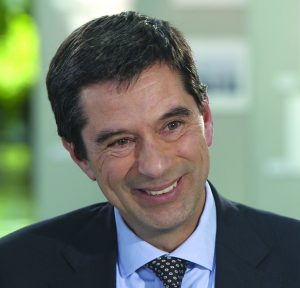 The current upsurge in economic recovery in most economies around the world would create a global window of opportunity to promote inclusive and sustainable growth by the implementing of structural reforms, addressing imbalances and vulnerabilities.

Vitor Gaspar, director of the Fiscal Affairs Department, IMF, who presented the 2017 Fiscal Monitor predicted that debt dynamics are expected to improve in advanced economies because of tighter fiscal stance going forward in the United States, and the improving outlook.

He, however, pointed out that debt is still at record highs at almost 110 percent of GDP in 2017 and warned policymakers to avoid pro-cyclical fiscal policy, which can be a major factor in ratcheting up debt-to-GDP ratios.

Gaspar also noted that the pace of fiscal consolidation has slowed to a standstill in the emerging economies. “The increase in public debt in some countries is particularly concerning, as it coincides with elevated corporate leverage at this stage of the credit cycle,” he said, adding that “in low-income and developing countries (LIDCs), fiscal deficits sharply increased between 2011 and 2016. But they are expected to start steadily declining, in 2017. The composition of spending is expected to improve with consolidation relying less on cutting capital spending and more on controlling current spending.”

He recommended that the priority should be to raise the tax capacity for two reasons. Firstly, mobilizing revenue is essential to finance growth-enhancing expenditures. Secondly, higher revenues are necessary to service public debt. According to him, when interest as a share of tax revenues increases sharply and becomes too high, it creates vulnerabilities. “Taxes imposed on broad bases provide a stable but elastic source of revenue that goes together with a robust capacity to repay public debt,” he said.