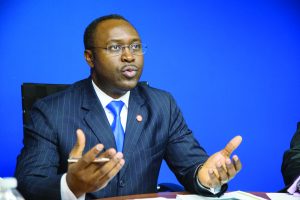 Economic recovery in Nigeria and South Africa has helped to pull growth in sub-Saharan Africa to a higher plane; now projected to hit 2.4 percent in 2017 from 1.3 percent.

According to the World Bank’s bi-annual analysis of the state of Africa, Nigeria’s recent exit from a five- quarter recession and South Africa’s recovery after two consecutive quarters of negative growth as well as improved global conditions, has boost growth.

Rising energy and metal prices as well as increasing capital inflows have improved the public finances of commodities exporters. However, the recovery is not even across the regions. Growth in non-resource countries such as Ethiopia and Senegal have remained stable, underpinned by infrastructure investment and improved crop harvest.

“Increased output and investment in the mining sector and rising metal prices has enabled a rebound in activity,” the report states.

Looking ahead, growth in SSA is projected to rise to 3.2 percent next year and 3.5percent in 2019 as commodity prices firm and domestic demand gradually gains ground, helped by slowing inflation and monetary easing.