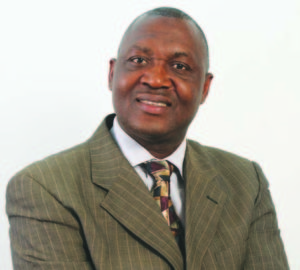 After a long period of economic isolation, Sudan is once again poised to respond to investment opportunities that will enable the country revitalize its economy. This latest move follows the temporary lifting in January 2017 of the twenty-year old economic sanctions introduced in 1997, which may be permanently lifted in July this year depending on performance on certain agreed milestones. This eagerly awaited milestone is one that many believe could mark a watershed in Sudan’s quest for economic stability, recovery and sustainable growth.

Shortly before the global financial crises in 2008-2010, the country ranked among Africa’s fastest growing economies, with an average growth rate of about 7% thanks to the oil boom and concomitant investments in infrastructure, notably in power, roads and telecommunications. The oil-led growth also ranked the country among Africa’s top recipients of foreign direct investment (FDI), which peaked at about USD 3.2 billion in 2007. Sadly, this unprecedented growth momentum was reversed, by the secession of South Sudan in 2011 taking with it over 70% of oil resources, and economic sanctions which reduced economic activity, slowed down aggregate demand and constrained private sector investments.

The expectation that a post-sanctions era may be within sight is welcomed with a deep sigh of relief, not only by the Government and the ‘potentially vibrant’ private sector, but also by development partners, in the hope that this will open up new avenues for unlocking private sector financing to complement development efforts. The expectation is equally high from local populations and civil society, whose hopes for better life have been strengthened by the dwindling internal conflicts that are showing good signs of permanent subsidence, thanks to the AU-mediated peace agreement signed in Addis Ababa in 2016.

Having weathered the storm amid these challenges, the country is heightening dialogue with the Bank to intensify technical work in support of policy and macroeconomic reforms for a rapid reintegration into the global economy. The imperative to accelerate technical work for a possible debt relief under the Heavily Indebted Poor Countries (HIPC) initiative is also recognized, in the hope that a post-sanctions scenario may augur well for HIPC debt relief discussions. Indeed, in the years immediately after South Sudan’s secession (2011-2014), the three intuitions (the AfDB, the World Bank and the IMF) supported Sudan to achieve major technical milestones crucial for HIPC debt relief, though political outreach never took off the ground.Updating the technical work on debt relief remains imperative for Sudan.

In this context, the Bank is playing a lead role in providing technical assistance to the preparation of full Poverty Reduction Strategy Paper (PRSP) with a US$ 3.2 million approved in 2013. A public financial management reform project is also ongoing with a financing of US$34 million that seeks to enhance coordination and improving transparency in the use of public resources. The Bank has also published flagship report on ‘Private Sector-Led Economic Diversification and Development in Sudan’, which delineates the respective roles of the private and public sectors in economic diversification and generating broad-based economic growth. Operationalizing the findings of the report, the Government has established a public-private partnership (PPP) dialogue forum, created a PPP unit and passed PPP legislation. These are important initial steps towards improving the business environment to enable the private sector respond effectively to post-sanctions investment opportunities to revitalize the economy.