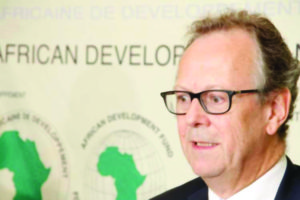 Africa is set to reap huge economic benefits as Asia’s economic powerhouses — Japan and India — have closed ranks to help the continent achieve its development goals. At the Japan-African Development Bank (AfDB) Forum, Mr Taku Otsuka, State Minister of Finance, Japan and Mr Shri Arjun Meghwal, Minister of State for Finance, India outlined how to they plan to be game changers in Africa.

For Japan to explore opportunities in Africa, it is important it reaches out to India to tap from its ancient deep ties with Africa. Japan, according to Otsuka, is scaling up investment in infrastructure which will create a “win-win-win triangle for Japan, India and Africa”. Both countries are combining their long experience in development in Africa and technological edge, to make Africa’s challenges a thing of the past.

A key plank of this partnership, according to Mr Meghwal, is the development of a transport and trade corridor, the Asia Africa Growth Corridor (AAGC) to deepen development and trade ties between Africa and the pacific. India, Mr Meghwal says, is investing financial and political capital with a unique model of cooperation with Africa that is personal and based on mutual respect. “India and Japan are valued partners with no ulterior motives towards Africa,” he asserts.

Both countries have embarked on a charm offensive to woo Africa in recent years in what many see as an attempt to counter China’s influence in Africa. Japan has made available $7billion investment in investment outlay with over $2billion committed in Africa for infrastructure and human capital development while India has $600million in development assistance in the last five years and has extended over $8billion in 152 lines of credit to develop SMEs, solar electricity among others targeting 126 projects in 44 countries.

In his remarks, Mr Pierre Guinslain, AfDB Vice President for Private Sector, Infrastructure and Industrialisation says Africa needs the support of the private sector, especially India and Japanese firms in Africa. The AfDB, he says, is expanding its private sector portfolio which makes up about 25 percent of its lending activities.