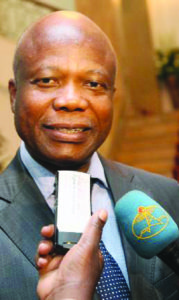 The African Development Bank (AfDB) has over the years continued to support Angola in its efforts to foster sustainable growth. Since Angola joined the AfDB in 1980, the Bank has approved a total of 43 loans and grants, amounting to UA 1.51 billion (equivalent to US$ 2.03 billion) to finance operations in different sectors, notably power, water and sanitation, agriculture, environment, transport, social, finance and governance. The Bank’s portfolio in Angola was successfully scaled up from five projects in 2011 (amounting to US$ 74 million) to 14 projects by 2016 (amounting to US$ 1.7 billion).

As at May 2017, Angola’s portfolio comprises 10 ongoing operations with predominance of finance sector (52 percent), followed by water and sanitation (20 percent), social (15 percent), multi-sector (5 percent), agriculture and fisheries (4 percent), environment (3 percent), and the transport sector with one percent. The current portfolio has commitments totaling UA 457 million (about US$ 626 million).

The AfDB is also assisting Angola in accelerating its economic diversification and structural transformation drive as it grapples with the oil crisis. In the current challenging context of the country’s development, the Board of Directors of the AfDB had on April 26, 2017 approved the Angola Country Strategy Paper (CSP) 2017-2022 to guide its interventions in the country for the next five years. The first pillar, “Inclusive Growth through Agricultural Transformation”, supports economic diversification through the value chains development projects in Cabinda province and Lobito Corridor. These interventions are aligned with the Bank’s High 5s priorities to ‘Feed Africa’ and ‘Industrialize Africa’ that would help diversify the economy.

The second pillar, “Support to sustainable infrastructure development”, is expected to enhance the country’s economic competitiveness focusing on Energy and Transport sector projects and will contribute to the achievement of the ‘Light-up and Power Africa’, ‘Industrialize Africa’ and ‘Integrate Africa’ priorities.The Bank has positioned itself as a partner of choice to the Angolan government.

The strategy also places greater emphasis on regional integration agenda involving the Democratic Republic of Congo (DRC) and Zambia to help interconnect the economic development poles with regional markets, improve export competitiveness and generate foreign exchange. To this effect, the Bank has started the implementation of a pilot project on “Trade facilitation and Value Chain Development” along the Lobito Corridor which will be followed by a mega-programme at a second stage.

The AfDB intends to play a more catalytic role in mobilizing additional resources to implement public and private investments in Angola. Several financing instruments will be used to attract private investors and promote Public-Private Partnerships (PPPs).With such approach, the Bank expects to contribute efficiently to the country’s priority agenda and the High 5s.