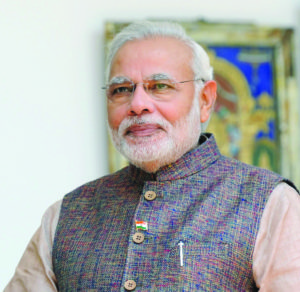 African Development Bank (AfDB) President Dr Akinwumi Adesina has thumbs up the robust relationship between Africa and India. He says it “is built on mutual respect and would be further deepened in the years ahead”.

Speaking at a press briefing here in Ahmedabad, Adesina notes that Africa and India have development journeys to share and huge opportunities to explore together. He believes that the area where Africa and India could work together include harnessing solar power to promote economic growth, and sharing the know-how on agricultural transformation.

And the greatest area of potential collaboration between Africa and India would be in the power sector, in which the Bank is expected to invest US$12 billion over the next five years, and leverage a further US$45-50 billion. “You can’t develop in the dark”, he said, “and 645 million Africans are currently without electricity. A special area in which I hope Africa and India will work together is under the International Solar Alliance. Both are blessed with sunshine, and we have to use this solar energy to power our economies,” Adesina says.

Explaining the choice of the theme of the 2017 Annual Meetings which is ‘Transforming Agriculture for Wealth Creation in Africa’, Adesina said: “Our aim is for Africa to feed Africa, and eventually for Africa to feed the world. I am a great admirer of how India fed itself. When I was first here – working in the International Crops Research Institute for the Semi-Arid Tropics in Hyderabad in 1988 – India was asking itself how to do this. The great M. S. Swaminathan, a pioneer of India’s Green Revolution, said that there were three main ingredients – political will, resources and technology – and it was done in three years.”

He commended the Indian Prime Minister Navrenda Modi for the developmental strides of India in recent years, which has positioned it globally.