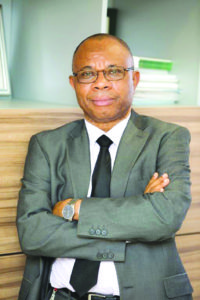 However, it is estimated that by 2030, agriculture and agribusiness combined could be worth over $1 trillion to Africa, from the current $313 billion, offering the prospect for more jobs, less hunger, and enabling farmers to compete globally. Africa’s agricultural sector development has been hindered by underperforming value chains, insufficient infrastructure, limited access to agricultural finance, adverse agri-business environment and limited inclusivity. It failed to meet the minimum 6% growth envisaged by the Comprehensive African Agricultural Development Programme (CAADP).

On average about 3% of total budget is being allocated to agriculture by governments, while commercial banks’ agriculture portfolio is only about 5%. To address this and to turn Africa’s agriculture into a viable business, the AfDB in June 2016 launched its Feed Africa Strategy, which focuses on 18 agricultural value chains, most on which Africa spends USD35.4 billion annually to import. The Strategy has seven enablers. The first is increased productivity, driving large scale dissemination of productivity raising technologies. Second is increase value addition. Third is investing in hard and soft infrastructure including ICT platforms.Fourth is catalyse flows of increased agricultural finance and leveraging private capital into agribusiness sector. Fith is improved agribusiness environment, through efficient regulation and legislation to enable private sector-led development. The sixth is increased inclusivity; sustainability and nutrition, including investments in women enterprises, youth agripreneurship, and support for climate smart agriculture. And the seventh is coordination and advocacy roles with partners to bring coherence and shared goals and commitments. To achieve these, the Bank has developed a number of Flagship Operations, including Technologies for African Agricultural Transformation (TAAT) that will drive increased productivity; the Agropole that will aggregate large scale infrastructure investments in partnership with anchor investors; Postharvest Losses Reduction and Agro-processing to drive commodity value addition and marketing; Enable youth that empowers young graduates into agribusiness. Risk Sharing Facility that aims to de-risk commercial banks’ lending.

Similarly, the Bank, with support of the Rockefeller Foundation, is setting up the Leadership for Agriculture Platform that brings Ministers of Agriculture and Finance across the continent to discuss priorities in agricultural funding and policies; and the Agribusiness Platform that brings business and government together to structure deals across various commodity value chains.

For agribusinesses to make the most of the opportunities, there must be a sustainable shift from subsistence agriculture to agriculture as a business. But production increases must be environmentally sustainable, while training more women and giving them greater access to land, financial services, improved technology and markets. With the average ages of Africa’s smallholder farmers being around 60 years, and its youth getting better educated, we must urgently motivate our youth to be involved in agribusiness and empower them adequately. Transforming Africa’s agriculture is going to cost money, requiring over USD30 billion per annum, but will generate an annual revenue of USD85 billion by 2025. To spur investments in the sector and to catalyse private sector led development, the Bank estimates to lend USD2.4 billion annually and will put in place necessary innovative financing mechanisms to leverage and crowd in private capital.

Dr Chiji Ojukwu is Director, Agriculture and Agro-allied-industry Department of the AfDB