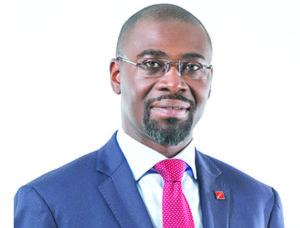 Wale Shonibare is the Director for Energy Financing Solutions, Policy and Regulations at the African Development Bank (AfDB). In this interview with AnnualMeetings Daily, he speaks on the Bank’s energy sector interventions. Excerpts:

What is the AfDB doing to help unlock Africa’s energy potential?
The Bank has developed a significant energy sector portfolio in recent years. The volume of energy sector approvals between 2007 and 2016 totalled about UA 10 billion. The AfDB’s interventions have ranged from utility-scale generation projects, for example, the 300-megawatts Lake Turkana Wind Power Project, to crucial regional projects in Côte d’Ivoire, Liberia, Sierra Leone and Guinea.

Besides direct investments, the Bank has invested in the energy sector through private equity and debt funds, and in recent years, provided guarantees. Recently, an increasing number of operations have targeted the energy sector either as a focused operation, for example in Angola, or as part of a wider programme, such as in Tanzania, Algeria and Nigeria. Since 2013, the Bank has extended support to the development of the gas sector through advisory work in Mozambique and private-public sector investments in gas processing, transport and distribution in Tunisia.The AfDB also launched the New Deal on Energy for Africa with the goal of achieving universal access to energy in Africa by 2025. This is more ambitious than SE4All /SGD7 targets of universal access by 2030.

How would you assess the Bank’s investments in the energy sector?
The Bank’s energy sector investments from 2016 to 2020 are expected to amount to US$12 billion. Considering the sector’s immense investment requirements (estimated to be in the region of US$65 billion – $90 billion per year until 2025) and the fact that investment in 2015 was about US$35 billion, the Bank will focus its efforts on catalyzing investment, especially as the private sector (strategic investors, equity/debt funds, commercial banks, institutional investors) has the capacity to deploy the volume of financing required.

What will it take to mobilise resources for the energy sector in Africa?
No doubt, stepping up energy financing for Africa is a must. The Bank’s New Deal on Energy for Africa recognizes that public sector finance alone — from the AfDB, other development finance institutions (DFIs), African governments, foreign sovereign wealth funds, provincial or local government agencies — is not sufficient to close the financing gap. Thus, to close Africa’s energy funding gap in order to attain the universal access to energy on the continent also requires a dramatic step-up in private sector financing.

What is your take on the global shift towards renewable energy and Africa’s potential?
Africa can benefit from the global shift towards renewable energy as its potential is enormous, with only a fraction of it being currently tapped. Countries such as Cape Verde, Egypt, Ethiopia, Kenya, Morocco and South Africa have launched major initiatives to utilize solar, wind and geothermal energy, but only about 10 gigawatts have been additionally generated. Similarly, in terms of installed capacity, hydropower accounts for a fifth of the current capacity (35 GW), but not even a tenth of its total potential has been utilized.

However, the priority given to renewable energy development in Africa has implications in access costs and affordability, and it requires international support.