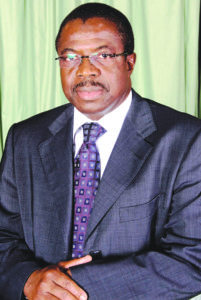 Delivering the High 5s for Transformational Impact in Transition States

A major challenge in addressing fragility and building resilience is reaching out to those at the Bottom of the Pyramid (BOP) in transition states — the communities that are not fully benefiting from ongoing development efforts and at the risk of being left behind. They do not share in the benefits of progress in the national economy and operate as enclaves of backwardness. Rural poverty, youth unemployment and environmental degradation referred to by President Adesina as the “Disaster Triangle” continue to be the main drivers of rural-urban, intra-African or international migrations, leading to significant local and international challenges. More than 645 million Africans do not have electricity, 319 million people are without access to improved and reliable drinking water sources, and 695 million of a global 2.4 billion people without improved sanitation facilities live in sub-Saharan Africa. In addition, 233 million people in sub-Saharan Africa suffered from hunger or were undernourished between 2014 and 2016.

Given this context, the 10KC-1KD Initiative represents an ambitious effort to transform the lives of vulnerable and often isolated communities. The Initiative brings the governments, private sector, Non-Governmental Organizations, local community organizations and traditional development actors to work together using development solutions that have a proven record to meet the needs of the people at the bottom of the pyramid and at risk of being left out in the development process.

The 10KC-1KD Initiative has been designed to deliver small-scale and fast solutions with measurable outcomes at the community level driven by innovation and concerted partnership efforts between public, private sector, development partners and civil society actors. Underpinned by the principle of ‘leaving no one behind’ which is at the core of the Sustainable Development Goals (SDGs), the African Development Bank’s (AfDB) Ten Year Strategy and the High 5s, the 10KC-1KD Initiative places a premium on advancing inclusive development.

The Bank acknowledges that the demands of vulnerable communities are far greater than what it is able to provide on its own and therefore seeks to leverage more resources through partnerships to implement the High 5s at the grassroots level with a particular focus on vulnerable communities.

The design of the 10KC-1KD Initiative benefits from the lessons learnt from the Bank’s enhanced engagement in fragile situations. These include: (i) the need to build community resilience as a key step towards addressing fragility and restoring trust between state and society – this was very evident in the response towards the Ebola Virus Disease outbreak in 2014/15; (ii) strengthening the nexus between humanitarian and development, which requires appropriate responses to basic needs of vulnerable populations in such a manner as to build their resilience and therefore consistent with the Bank’s development mandate; (iii) results-based financing in transition states that allows the setting of targets that need to be achieved at the outset to increase the development effectiveness of interventions; and (iv) the important role of the private sector in sustaining the lives of populations in fragile situations either as providers of much-needed financial resources to support the Initiative and/or as developers of market-based development solutions to ensure sustainability of the interventions.