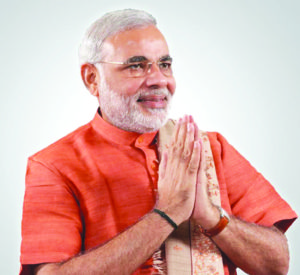 You can’t go wrong with this simple but ear-pleasing salutation, made popular worldwide by India’s boisterous Bollywood.
Ahmedabad, the colourful, largest city in the economically buoyant state of Gujarat, and host of this year’s African Development Bank (AfDB) Annual Meetings, welcomes the teeming participants, numbering over 3000 delegates, observers and newsmen to the economic-financial talkfest.

The choice of the venue couldn’t be more appropriate. India’s Prime Minister Narendra Modi was Gujarat’s Chief Minister before taking the country’s top political office. Incidentally, Mr Modi rode on the great work he did to make Gujarat a business-friendly, prosperous state and India’s model of a well-run industrializing economy. The state, birth place of the Father of India’s nationalism, Mohandas “Mahatma” Gandhi (after whom the Conference and Exhibition Centre is named), remains a shining example not only to the rest of India but also to all aspiring developing economies including Africa’s 54-odd states.

During a visit to India earlier in the year, AfDB President Dr Akinwumi Adesina told his hosts in New Delhi: “I am very bullish about Africa-India relationship.” India is Africa’s fifth largest source of Foreign Direct Investment. The Ahmedabad meetings may just be the catalyst to push India higher on that table.

Dr Akinwumi would later remark that “India’s experiences are very relevant for Africa’s development” in a chat with Finance Minister Arun Jaitley, who promptly responded that the meetings would “deepen economic cooperation and partnership” between Africa and India. India’s Exim Bank is poised to participate in an African Investment Forum slated for launch later in the year by the pan-African Bank.

Gujarat’s focus on basic infrastructure, as will be seen by tourists who venture into the rapidly growing cities in the state, provides a good lesson for meetings’ delegates and attendees looking to find solutions to Africa’s chronic lack of development-promoting infrastructure. The state has moved from energy deficiency to surplus many years ago. Transportation is improving by the day as metros spring up all around, while water shortages have all but ceased even in the rural areas. Little wonder, many of India’s top manufacturers have plants in the state, while more are considering citing projects and offices in the region.

In choosing Ahmedabad for this year’s meetings, and focusing all deliberations on how to make agriculture a true engine of growth in Africa, the AfDB is challenging participants to take a cue from the resourcefulness of the Gujarati government and people.

As attendees, delegates, observers, seminar panelists and stakeholders of every shade converge on Ahmedabad, the very resilience and spirit of India, epitomized in the vibrancy of the resourceful people of this historic city should make for fruitful outcomes.

Many African countries are currently running ambitious economy diversification programmes designed to leverage the continent’s obvious potential in agriculture. The success of Gujarat in industrializing its region and attracting investment should inspire African policymakers and leaders of thought gracing the exquisite halls at the 2017 meetings.