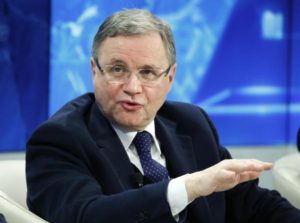 Reserve Bank of India prepares to lift restrictions on cash withdrawals but shift from “demonetisation” to “remonetisation” is only partially complete.
Italian governor calls for reform of NPL regulations as Bank of Italy paper sets out proposals for sterilising effects of NPL sales. Swift records 29.5% decline in renminbi payments as the Canadian dollar overtakes renminbi to become fifth most used for international payments; latest data shows slowdown of Chinese economy as well as volatility in exchange rate could be to blame.
Esma calls for more powers over rating agencies and repositories.
Agency head says he is not sure if European Commission will act on his recommendations SBP to work with World Bank on supervisory framework. The deal will see World Bank provide technical assistance on a range of projects, as it extends its paid-for advisory services into south Asia.