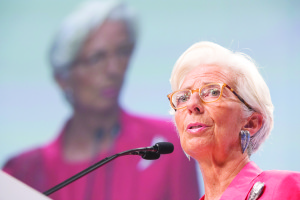 THERE is good news for cash- strapped low income countries as the International Monetary Fund (IMF) recently approved the extension of zero-interest rates on all the Funds concessional facilities until 2018.

Christine Lagarde, Managing Director of the IMF announced the decision while briefing journalists at the annual meetings of the IMF/World Bank in Washington DC, United States.  “I am pleased to note that our Board recently approved the extension of zero interest rates on all Fund concessional facilities until 2018, and thereafter, if interest rates remain low around the world. That is really important for low-income countries to be able to actually absorb the shocks without necessarily going to the international markets or relying on bilateral lending that can be far more expensive,” she says.

While forecasting that global economy would grow at 3.1 percent in 2016 and slightly increase to 3.4 percent in 2017, Lagarde   notes that the outlook for advanced economies remains subdued while the outlook for emerging and developing economies holds for some guarded optimism, with great diversities within the various economies. However, prospects for low income countries are becoming even more challenging; particularly for sub-Saharan Africa.

She calls for a three-pronged approach to improve global economy. According to her, the three approaches are monetary policy, fiscal policy and structural demands. “This mix remains essential,” Lagarde says.

A strong mix of these synergies, she explains, could generate more space in order to help the economies and resist those political dynamics that threaten free trade. “The three pronged approach is considered essential because when demand is lacking and monetary policy is overstretched, the fiscal policy can step up to put in place a structural reforms that are so needed.” She advises countries where there is no fiscal space to reallocate resources within the same budget toward productive enhancing sectors.