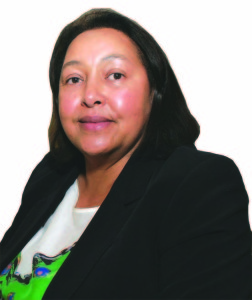 Dr Frannie Leautier’s current boss, African Development Bank (AfDB) President Dr Akinwumi Adesina, knows the value of his senior Vice President and he has no qualms about letting others known her worth. Announcing Leautier’s headhunt into the institution earlier in the year, the bank boss lauded her as “one of Africa’s top development experts” who will help lead the AfDB’s “efforts on improving the overall operational effectiveness to drive greater developmental impacts”.

Leautier’s love affair with development goes way back. A few years ago, the Agona traditional society of Central Ghana honoured her with the title of “Nkosuohemaa”, meaning “Queen of Development” in the Ahanta language on account of her passionate support for the education of the girl-child.

It all boils down to empathy. Leautier easily remembers her days as a poor African student, faced with the hurdle of high fees at Massachusetts Institute of Technology (MIT). “Someone removed barriers for me”, she recalls. Her flight ticket came courtesy Swiss Air, while the bill for her research work was taken care of by a timely scholarship. Much had been given her; much Leautier would like to give back in return.

She put her money where her mouth and heart are when she launched, a couple of years ago, the Leautier Family Foundation dedicated to empowering the girl-child as an agent of societal change, after her own pioneering exploits and distinguished career. That did not surprise admirers who had voted to ensure that she won a place in the list of 100 most influential parsons in Africa (2011 – 2013); they knew that the selfless act was quite in consonance with her antecedents.

As late as the first quarter of this year, Leautier was chairperson (and co-founder) Mkopa Private Equity fund which invested in small and medium size enterprises (SMEs) in sub-Saharan Africa, a sector for less privileged entrepreneurs which, incidentally, has remained close to her heart all through her career.

Even so, Leautier would not be pigeonholed. She was once a managing partner at the Fezembat Group, providing advisory services to the leadership of companies investing big-time in infrastructure and running energy projects in developing and emerging markets.

That assignment was facilitated by her own excellent record as a top flight executive in complex multilateral institutions, including the World Bank, where she attained the position of Vice President and Head of the World Bank Institute in 2007.  Alongside her work in development institutions, she proceeded to serve the world-renowned Science Po, Paris School of International Affairs as a distinguished professor teaching Masters’ courses in management and leadership until 2013. Without doubt, a PhD in infrastructure systems earned at the MIT after a Master’s in Transportation and first degree in Engineering made her eminently qualified.

Small wonder then that Leautier was appointed Executive Secretary of the African Capacity Building Foundation (ACBF) between 2009 and 2013 where she got African governments to increase contributions five-fold without prejudice to the fresh assistance she pulled in from non-regional donors. At the ACBF, she led colleagues to address Africa’s capacity challenges including climate change, food security and infrastructure, education and governance in general.

Leautier’s new job at the AfDB will run along the lines of what she’s been doing at the various institutions that have enjoyed her services, and some more. “It’s an exciting time for Africa,” she says. The development guru would not miss the action for anything in the world; not now that she can do something positive about “the opportunities, optimisms and expectations” of people around the continent via Dr Adesina’s High 5s agenda for transforming Africa’s chronic problems of power, food, industrialization, integration and standard of living.

It might be fun to wrestle these age-long challenges but Leautier is by no means complacent. “Of course, it is not going to be easy. Transformation is rarely is,” she points out.

To be sure, Leautier knows that hard work is called for to put in place “the system, the process, the behaviour, the culture, the products and the financing” needed for real development. Luckily, all that is familiar stuff for the multiple award-winning development junkie.
By Chinedu Obike