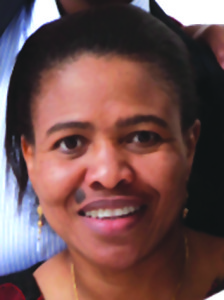 On the contrary, the numbers suggest strengthening of historical ties. But a deeper look points out that China may be offering better deals in its determined foray into Africa; or that Africans are asserting their independence by broadening their foreign economic relations. It could also mean that Europe is not doing much to enhance its economic engagement with Africa outside the existing colonial structures or that the former colonialists are not quite competitive in new business opportunities in Africa.

Castigating or belittling China’s business practice in Africa or giving homily to Africans on “what is good for them” doesn’t seem to be achieving the desired result for Europe.  This tool was effective under colonialism or the period immediately after it. This neo-colonial mindset presupposes that Africans do not know what is good for them. Europe continues to see Africa, at best, as a source of cheap raw materials and at worst, as a charity outpost. Western media always dismiss Africa as a basket case; a region that is not worthy of any serious investment consideration. Indeed, the entire cover of The Economist magazine edition of 13 – 19 May 2000, was starkly devoted to dismissing Africa as “a hopeless continent”.

But the truth is that Africa can, and should, offer a lot more partnership opportunities to Europe and by extension, the rest of the world. The good news is that colonial history, rather than create hostility and bitterness, indoctrinated most Africans with a sense of close affinity with Europe. While Anglophone elite see Britain as a second home, the average Francophone citizen considers France more of a home away from home.  It will take a while for the average African to view any part of Asia including China in the same light.

More so, the global transport, communication and language infrastructure make Europe a lot more attractive to Africans. So, going all the way to Asia to forge new business partnership maybe as a result of frustrating relationship with Europe on one part. On the other part, it could also be a desire to seek more viable investment opportunities wherever they may be available.

Certainly, growing economic challenges in Europe and the rise of extremist nationalist groups who frequently engage in xenophobic protests are further driving African countries to the cold embrace of China. Recently, Nigeria, South Africa and Kenya among others, have made concerted efforts to diversify their external reserve portfolios to the Chinese currency. This would further increase China-Africa economic relations as it will simultaneously decrease Europe-Africa trade. This means that out of the over $300 billion of Africa’s external reserves domiciled in Europe, a significant portion will soon find a new home in China.

Ordinarily, this new economic realignment shouldn’t unduly trouble Europe as there are more than enough opportunities presented by Africa’s growing population, its rapidly expanding middle class and the tremendous goodwill Europe still enjoys on the continent.

Beyond the propaganda of doom, most informed research suggest that Africa is the next frontier of development. Indeed, the amount of work that is inevitably set to take off in Africa presents huge opportunities to Europe. If it continues to shy away from this challenged but virgin territory, then Africa may persist in its current unequal relationship with China.

Dr. Emenike is a Consultant