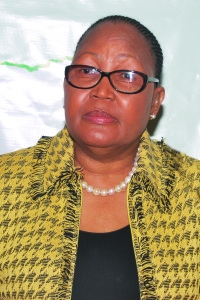 One of the longest serving central bank governors in the world, Ms Linah Mohohlo, Governor, Bank of Botswana is set to retire from public service on October 20. Ms Mohohlo was appointed the governor 1999 has been in that office for 17 years.

A very prominent face in international financial for a, Ms. Mohohlo joined the Bank of Botswana in 1976 and rose through the ranks from secretary to senior levels in economic research, human resources and financial markets, where she was responsible for monetary operations and investment of the country’s foreign exchange reserves, and then to the position of deputy governor.

She obtained her academic qualifications (accounting, economics, finance and investments) from the University of Botswana, The George Washington University and University of Exeter.

The governor has also worked for the International Monetary Fund in the African Department as well as the monetary and capital markets department.

It is said during her tenure of office, Governor Mohohlo presided over the bank’s management transformation, growth, policy refinements, improved operational efficiency and infrastructure.

Monetary policy decision-making is informed by model-based inflation forecasting; a stable transparently managed exchange rate mechanism is in place; and robust policies and guidelines for reserves management are firmly established, while the Pula Fund is the envy of many countries.

Similarly, the banking system has institutionally expanded considerably and the services diversified. Correspondingly, the bank’s supervisory and regulatory capacity has been updated and kept pace with international best practice.

The efficiency of the payments and settlement system has been greatly enhanced; the cheque clearing cycle has been reduced to 2-days; settlement of inter-bank payments is in real time; most transactions are electronic; major Government transactions are directly connected to the Bank in real time; and commercial banks are permitted to participate in cross-border electronic settlement system within the Southern African Development Community.

The family of currency has been updated; its security features are more robust with its management efficiency facilitated by a state-of-the art Cash Management Centre, buttressed by water-tight security arrangements.

As she leaves the Bank, inflation has, for a combination of factors including monetary policy, been at the lower end of the 3-6 percent inflation objective for more than 2 years; and interest rates are at a historically low level.

The country has maintained a relatively high sovereign credit rating than most countries in the world including some in Europe and elsewhere.

Governor Mohohlo has served on a number of boards including Debswana Mining Company and the related Committee that negotiated, among others, the relocation of diamond sales and marketing functions of De Beers from London to Gaborone.

Her several international engagements include serving as a member of the Commission for Africa, Investment Committee of the UN Joint Staff Pension Fund and co-chairing the World Economic Forum in Africa in 2011.

She received several accolades, awards and honours such as The Presidential Order of Honour, Central Bank Governor of the Year, and Life Time Achievement Award.

All these achievements would not have been possible without the support of the board and colleagues at all levels, past and present, as well as counterparts here at home and abroad, for which she will always be eternally grateful.

She is also grateful to the government for providing the enabling environment for the bank to deliver its mandate.