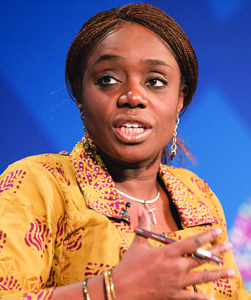 Governments of Nigeria and Canada are mobilizing private funds to address infrastructure deficit.  In her presentation at an IMF/World Bank flagship seminar on ‘Making Infrastructure Rewarding’, Kemi Adeosun, Nigeria’s Finance Minister says infrastructure development is a top priority of the administration of President Muhammadu Buhari.

Government’s strategy of tackling the country’s huge infrastructure deficit, she says, entails building confidence in the management of public finance, investing more public funds on infrastructure as well as mopping up private capital from local and foreign sources to meet the funding gaps.

“We also believe that private capital is important but certainly doesn’t replace the responsibility of government to provide certain essential infrastructure. There are certain areas of infrastructure funding that only government can provide and we mustn’t shy away from that,” she says.

Adeosun notes that the Nigerian government has realized the mistakes of failing to invest more in capital projects during the periods of oil boom and is working very hard to adequately fund infrastructure projects. 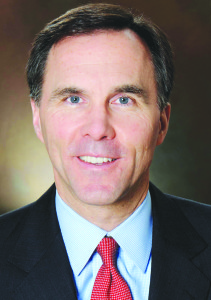 “We are witnessing an infrastructure deficit; and that is because a lot of our infrastructure were developed a couple of generations ago that needs to be renewed alongside new ones. So, while the reason why we have the infrastructure challenge may be different from other countries like Nigeria, we still acknowledge this as a big”, he says.

Morneau notes that the Canadian government is focusing on attracting long-term institutional and pension funds investors especially for its transformational and type projects.