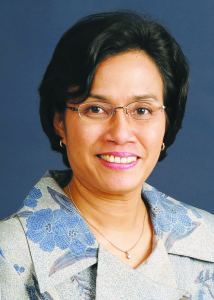 The debate over the trade-off between reducing inequality and economic growth is stale. Experts who examined the role of inequality in fostering poverty at the launch of the first annual report on Inequality say despite progress made in recent years in lifting millions out of extreme poverty especially in China, Indonesia and India, inequality is still too high.

Highlighting findings of the Poverty and Shared Prosperity 2016 Report, Francisco Ferreira, Senior Advisor, Development Research of the World Bank says there is no single recipe for reducing inequality across the world but notes common building blocks such as improving access to universal education and healthcare, child nutrition, conditional-cash transfers and opening up rural areas through investment in infrastructure.

Although about one billion people have been pulled out of extreme poverty since1990, 800 million are still stuck in the rut, Ferreira says, acknowledging that the world faces an uphill task of consolidating the gains. Extreme conditions in sub-Saharan Africa, for instance, are making interventions more difficult.

In Indonesia, the removal of fuel and electricity subsidies led to a drop in the country’s Gini coefficient, according to Finance Minister Sri Indriwati. She thinks improving the quality of spending and an efficient tax system is helping.

“The top one per cent of Indonesians consumes 50 per cent of goods and services. Reforming the subsidy has allowed us to redirect spending to health, education and cash transfer,” she says.

For Winnie Byanyima, Executive Director, Oxfam International, the World Bank’s prescription for reducing inequality falls short. She questions the neo-liberal economic model that has held sway over the last three decades. “We cannot eradicate extreme poverty without reducing inequality. The World Bank’s remedy should include minimum wage legislation, improving access to basic education and healthcare as well as infrastructure development,” she asserts.

Tackling inequality without adequate data is difficult, Jose Rosero, Executive Director, National Statistical Office, Ecuador, submits. Although he is satisfied that inequality is back on the global agenda following its inclusion in the SDGs, he warns that “if we want to accomplish the goals of ending extreme poverty, we need redistribution policies to achieve our goals of 2030”.