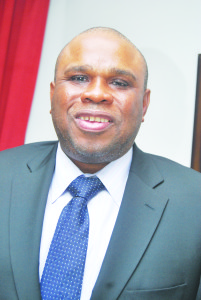 Africa will soon harness its trade potential within the continent, thanks to the African Export-Import Bank (Afreximbank). The trade finance bank has put faith in a new initiative to drive Africa’s industrialization and increase intra-African trade by at least 50 percent in the next five years.

Afreximbank’s new Intra-African Trade Strategy is the launch pad through which the Bank hopes to ramp up trade among African countries to $250 billion from its current level of about $170 billion by 2021. The strategy focuses on expanding existing trading activities within Africa’s regional economic communities (RECs), integrating informal trade into formal frameworks, reducing trade barriers and minimizing the foreign exchange costs of intra-African trade.

However, he is upbeat that the new strategy will not only power intra-African trade, but will also put Africa on the path to industrialisation and greater relevance in global affairs.

“Intra-regional trade will drive value addition in Africa and help reduce the continent’s dependence on commodities. It would also allow for the expansion of domestic trade value chains, thereby strengthening the capacity of African economies to resist economic shocks,” Dr Oramah says.

According to the Afreximbank boss, the fact that at least 40 per cent of cross-border trade is done through informal channels and are unrecorded shows that there are institutional gaps; but hopefully, trade finance bank intends to play a significant role in reducing these barriers “by promoting the emergence of export trading companies, helping to resolve regulatory and policy deficits through a deepening of partnerships and bilateral trade arrangements and deploying mobile technologies to formalise significant proportions of this trade”.

Afreximbank’s intra-African trade strategy is centred on three core pillars: Create, Connect and Deliver with an ancillary pillar called Measure. To support the Intra-African Trade Strategy, the Bank’s Board of Directors also approved a revised local currency programme that will allow the development of yield curves via African currencies, which will encourage greater use of local currencies, thereby furthernreducing the foreign exchange cost of intra-African trade transactions.

Indeed, Afreximbank is committed to ensuring that intra-Africa trade will no longer be in the periphery of the continent’s international trade and that Africa’s fate is no longer tied to commodities.