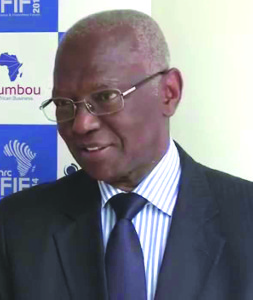 Babacar Ndiaye, a former President and the Honourary President of the African Development has thrown his weight behind the Bank’s High 5s agenda. Ndiaye is the founder of the African Export-Import Bank (AFREXIMBANK), Shelter Afrique, and the African Business Roundtable. In this interview, Senegal’s Ambassador at Large and elder policy wonk bares his mind on the AfDB’s development agenda and the future prospects. Excerpts:

What is your appraisal of the Bank’s High 5s transformation agenda?
The High 5s of the African Development Bank Group is a well thought-out, articulated policy. It is a concrete way to implement agenda 2063. It is a smart way to approach Africa’s development. Take any point of the High 5s, and you can achieve virtually the remaining four. If you take, for instance, the ‘Feed Africa’ point, you will discover that energy will come into the mix; and integration, improving the living condition of the people and industrialization agenda will fall in line as well. Similarly, if you take industrialization, you will also have the Feed People agenda, as well as power, integration and human capital development.

Former President, Donald Kaberuka successfully increased the resources of the Bank with the High Capital Increase agenda that tripled the Bank’s funds, and that put the Bank in good stead in terms of resource mobilization. As an accountant and financial analyst, I can tell you that Adesina has come up with a perfect idea to see how efficiently the Bank can utilize its resources to transform Africa using the top five priority agenda.

Ideas alone do not translate to results. How can the Bank achieve the targets of this High 5s agenda?
You are right. Ideas alone cannot translate to results; but without ideas you are going nowhere. This idea can be an engine to move people in the right direction, towards achieving desired results. Of course, if we all stop short at the presentations and exchanging of ideas about the agenda, it will not work. We need to act on the ideas in order to achieve results.  And from what I have seen so far from Adesina, especially how he was able to organize a high level seminar on ‘Feed Africa’ in Dakar, Senegal barely two months after he took over the helm of AfDB Presidency is a strong indication that he is actually out to see his ideas through to fruition

How can member countries take advantage of this momentum?
The onus now lies with member countries, especially the low-income (borrowing) countries, government ministries, agencies and departments as well as the political leaders to be convinced that the High 5s is the linchpin to transform Africa and to take up the challenge of implementing the key points. It is not only about giving an idea or mobilizing resources, but taking concrete steps to implement the programmes at national and local levels.

How can individual countries best realize the target of the High 5s?
I am not expecting that member countries implement the five agenda as a single unit. No. I believe that every country has specific needs that is captured in the High 5s that it can single out and pursue. Instead of pursuing all of them and not achieving the target, they should explore the possibility of taking one or two of the key points and implement them successfully depending on their hierarchy of development needs.

Are you confident that this agenda is achievable?
Definitely, I am confident, because we have in Adesina a leader that is not only committed but passionate about transforming Africa in a smart way. From what I have seen so far, the bank’s leadership and its staff are anxious to deliver. I believe that what we need to drive this agenda home is to have ambassadors of High 5s in different regions that would galvanize support from all stakeholders, especially the media and top political leaders.

What would be your patting message to delegates attending this meetings?
Let us pray for Africa, support the African Development Bank in this noble vision and agenda to transform Africa and let’s take the agenda home and do what is required of us.