Dr Adesegun Akin-Olugbade is one African who has served at the highest levels in three of the foremost pan-African financial institutions. A former General Counsel of the AfDB, Dr. Akin-Olugbade was also the pioneer General Counsel of Cairo-based Afreximbank. He is currently Chief Operating Officer and General Counsel of the Africa Finance Corporation (AFC). He has, therefore, traversed Africa’s legal, economic and infrastructure landscape as reflected in this interview:
The following were excerpted from an interview he granted at the Lusaka 2016 meetings. 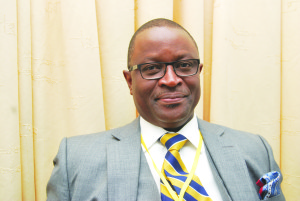 The AFC was set up in 2007 with the aim of bridging infrastructure financing gap in the entire continent of Africa. How far have you gone with that task?
We have done reasonably well in infrastructure financing in Africa. We started with two member-countries and today, we have about 14 member countries. The AFC started with an authorised capital of $2 billion, with $1.1 billion as paid up capital. Today, we boast $3.2 billion as paid-up capital in our balance sheet. Currently, we have operations in 26 African countries. We have projects in East, West and Southern Africa, so we have been very productive. We are now the second highest-rated financial institution in Africa.
One of the challenges of African trade is the export of raw materials without value addition.

What do you see of the AFC in the next few years?
Africa’s future can be built on three institutions, and I have been involved in all. The AfDB, obviously, is the primary institution which is a partnership between Africa and an African interest. Then you have the Cairo-based African Export and Import Bank (Afreximbank), which primarily deals with short-term trade finance. And you have the AFC as the third leg of that tripod which should provide infrastructure financing. For me, those are the financial institutions in the continent which can build sustainable development in Africa. So, in terms of my long-term vision for the AFC, it is to see the Corporation as a premier financial institution for financing infrastructure in Africa.