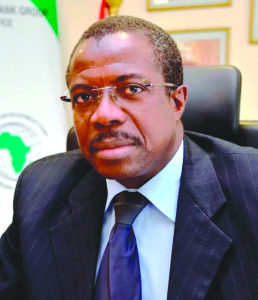 Africa possesses a third of the planet’s minerals reserves, a tenth of the oil and two-thirds of diamonds. For the past decade, the continent was home to the fastest growing economies with an average growth rate of over 5%, due to economic reforms and enhanced-governance. However, the growth has not been balanced amongst countries and inclusive inside countries. Indeed, several countries slipped into fragility due to environmental, climate, conflict and/or political reasons.

To address the challenges of funding in fragile situations, the African Development Bank Group has been a pioneer in seeking to abandon the binary view of fragile versus non-fragile countries. Under its Strategy for “Addressing Fragility and Building Resilience”, the Bank recognizes that no country is immune to issues of fragility and that these are not limited by state borders. The Bank therefore approaches fragility from a multi-dimensional risk perspective to gain a better understanding of the drivers and causes in a country and region. Through the application of a “fragility-lens”, the Bank systematically assesses the political, security, economic, social and environmental risks to guide its strategic and operational engagement, both in the public and private sector. Today, the Bank systematically carries out fragility assessments at country and regional level to inform the preparation of its strategies and operations.

Through a dedicated financing facility –the Transition Support Facility– managed by the Transition Support Department, the Bank has mobilized more than UA 1.5 billion of concessional financing in support of public sector investments in countries facing fragile situations since 2008. The Facility has the potential for additional flexibility in the modalities of its support and is the preferred vehicle for targeted resource mobilization in fragile situations. It is made up of three pillars for complementary financing to infrastructure and governance operations, while leveraging resources for regional operations. It also provides the Bank with flexibility to engage in countries under arrears, notably Somalia, Sudan and Zimbabwe, and support their Governments in their effort to normalize relationships with international financial institutions. Lastly, the Facility can provide technical assistance for countries in critical moments to help them benefit from international expertise to steer their country-led transition out of fragility.

In 2015, the Bank launched a pilot credit enhancement initiative seeded with USD 230 million aimed specifically at increasing private financing in low-income countries notably those with fragile situations: the Private Sector Credit Enhancement Facility. As a partial risk participant, it has the capacity to cover up to a total of USD 700 million of credit default exposures thus enabling the AfDB to finance at least USD 1.4 billion of non-sovereign guaranteed projects in low income countries. With demand exceeding supply, the Facility finances today power generation projects in countries in fragile situations such as Cote d’Ivoire and Sierra Leone, as well as agribusiness and other industrial plants in the Democratic Republic of the Congo and Mali. Building on its track record, country knowledge and being a trusted broker on the continent, the Bank will further boost private investments in fragile situations through this Facility.n

By Sibry Tapsoba,  Director, Transition Support Department at the AfDB