Greening Africa’s Development
Greening Africa’s development requires incorporating the environment into every aspect of planning and budgeting process. A healthy natural environment and the services it provides are fundamental to economic growth and development in every society. This is especially so in developing countries, particularly those in Africa, where natural capital accounts for almost 30% of total wealth compared to about 2% in industrialized countries. 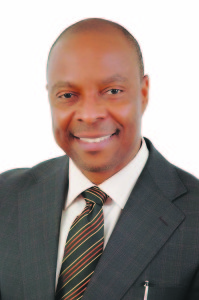 Unfortunately, the true value of Africa’s natural resources has remained invisible in economic terms. African countries have demonstrated commitments to reversing this situation. In May 2012, African heads of states, in collaboration with public and private sector partners, adopted the Gaborone Declaration for Sustainability in Africa, where countries committed to ensuring that the contributions of natural capital to sustainable economic growth, maintenance and improvement of social capital and human well-being are quantified and integrated into development and business practice.

National development plans must ensure that natural capital is not only valued, but that development activities seek to avoid, mitigate, or minimize adverse environmental and social impacts of projects and to ensure that they are environmentally sound and sustainable. The AfDB’s forward-looking Integrated Safeguards System — with its policies, procedures and guidance notes— provides the tools to prevent or mitigate adverse environmental and social impacts on its projects. It forms the cornerstone for implementation of the Bank’s 10-Year Strategy and the High 5s as it seeks to ensure inclusive and green growth through the Bank’s investments.

Mainstreaming Climate Change
Although Africa is a very low greenhouse gas emitter, it remains the most vulnerable region to the adverse impacts of climate change. The Paris Agreement on Climate Change adopted last year (2015) is an indication of the international community’s commitments to addressing climate change. African countries will need to build on this goodwill to take advantage of the opportunities presented by climate change. Africa’s abundant natural resources will play a major role here.

While Africa’s emissions are largely land use-related (including biomass), it is projected that emissions from energy will dominate in the near future. Besides the fact that about 600,000 African women and children die each year from indoor smoke inhalation, it is estimated that Africa loses USD 30 – 60 billion per year due to a combination of the negative health effects, environmental degradation and climate change, and lost economic productivity associated with high levels of biomass consumption instead of using clean cooking and heating solutions.

Despite Africa’s abundant natural resources, particularly for energy, majority of the continent is without access to light and power. This lack of energy is a barrier to any development on the continent and an obstacle to addressing our climate change challenges. Without access to energy, it will be impossible to achieve any of the Sustainable Development Goals. 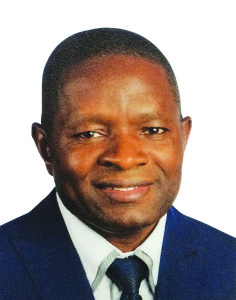 The African Development Bank has launched the New Deal on Energy for Africa to address the energy challenges of the continent. The New Deal has the aspirational goal of achieving universal access by 2025 – 100 per cent access in urban areas, 95 per cent access in rural areas, leveraging on and off-grid solutions and related technological advances. The New Deal on Energy for Africa is a partnership-driven effort. The New Deal will reinforce the Africa Renewable Energy Initiative to develop Africa’s abundant renewable energy resources to provide 300GW of electricity by 2025.

The New Deal will support the implementation of Africa’s Nationally Determined Contributions – African countries’ commitments to the Paris Agreement. The African Development Bank, through its Climate Change Action Plan, has successfully mainstreamed climate change into its investments. Over the past five years, over $12 billion of its investments have gone to building climate-resilient and low-carbon development economies in Africa. The Bank has committed to tripling its climate finance to $5 billion per year by 2020, while leveraging additional substantial resources for African countries.

Challenges to Overcome
There are obviously obstacles that Africa must confront to successfully chart a green development pathway for itself. The first challenge is the chronic lack of capacity in terms of finance, technology and human resources. An African Minister summed up his frustrations over Africa’s lack of capacity, even the capacity to pollute. For instance, Africa, the most vulnerable continent to the adverse impacts of climate change only receives just about 4% of the global climate finance. The African Development Bank has taken steps and devised a strategy to significantly enhance Africa’s capacity to access these resources. The challenges of skills and technology are being tackled head-on by the Bank through two strategies that will hopefully be approved by the Board shortly – the Strategy of Industrialization and the Strategy on Skills and Youth Employment.

The second challenge is the perceived risks of doing business in Africa which is significantly higher than in any other world region. These perceived risks are always higher than the real risks. The African Development Bank will increasingly support African countries to create the enabling environment for private investments. In addition, the Bank should stand behind African countries that have created such an environment and provide risk guarantees to risk averse investors. As more investors come into that space, the need for the Bank’s risk guarantees will definitely decline.

Green Investments do not necessarily go to the most resource-endowed nations, but to where the policies are right. These factors are not mutually exclusive. If we support Africa’s endowed nations to have the right policies, then what will stop the foreseen influx of investors to support Africa’s green development?