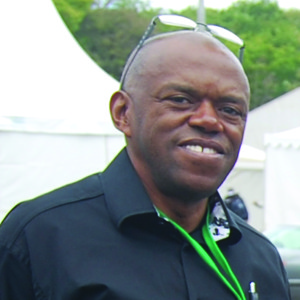 Bank portfolio
As at end of December 2015, the portfolio consisted of 19 ongoing and approved operations (16 national and three multinational projects) with a total value of UA 633 million (USD 886 million) compared to UA 230 million (USD 322 million) in 2011. The portfolio is distributed across six sectors, namely transport (47%), agriculture (14%), energy (14%), water supply and sanitation (8%), social (7%), finance (6%) and environment (4%). More than half of the resources come from the ADB lending window while about 33% of the project value is from ADF resources. 16% comes from NTF and other resources such as the Africa Working Together Fund and other trust funds.

Supporting infrastructure and regional integration
The Bank has since 2010 supported four major interventions in the sector in Zambia that includes both national and multinational projects. The projects are  Nacala Road Corridor Project – Phase II;  the Kazungula Bridge Project ( Zambia/ Botswana);Nacala Road Corridor Development Project – Phase IV (2013 – Zambia/ Malawi) and Chinsali – Nakonde Road Rehabilitation Project (North-South Corridor). The Bank is also supporting a Preparatory Study for the development of the Lake Tanganyika Corridor, specifically looking at the Mpulungu Port.  The Bank’s interventions in the sector also include components that support the cross-cutting issues – inclusive of climate change, gender mainstreaming, road safety issues as well as specific studies and targeted institutional support and capacity building.

Supporting Agriculture infrastructure and development of value chain
The small-scale Irrigation Project closed on September 30, 2015 after completion of irrigation infrastructure and civil works at Nega-Nega Irrigation Scheme (595ha), Nzenga Irrigation scheme (100ha) and Sinazongwe Irrigation Scheme (100ha).  Land clearing and preparation was completed at all sites. Commercial farmer companies were registered and staff recruited to manage the schemes at all sites. The Irrigation Companies are fully operational in Nega-Nega and Sinazongwe. The company staff mobilized resources to finance the crop establishment of 211ha of sugar at Nega-Nega and 20 ha of potatoes at Nzenga.

Supporting human development through water and sanitation
The Bank has been providing support to Zambia’s water sector since the early eighties. Since then, the Bank has gone on to support a total of 14 projects (approximately US$ 300 million) encompassing water resources, water supply and sanitation.

The Bank’s support as well as other interventions by partners has seen Zambia make strides in its water sector with 65% of Zambians having access to clean drinking water, while 44% have access to adequate sanitation as defined by UNICEF/WHO Joint Monitoring Program (2015).

Enhancing the Zambian SMEs competitiveness and access to finance
The Bank continued to support the private sector in Zambia sector through various initiatives aimed at facilitating private sector investments. The Bank’s support was in various sectors, such as SMEs access to finance consisting of a financial and technical assistance component; Private Equity Investments mainly in Agri-Business-related enterprises, and the Energy Sector.

The Bank had on March 26, 2015 signed a Line of Credit agreement of US$43 million with the First National Bank of Zambia (FNBZ) for on-lending to key economic sectors in the country. The credit is expected to further leverage FNBZ’s capacity to deepen its lending activities to vital economic sectors such as manufacturing, agribusiness, transportation, financial services, telecommunications, construction and energy.