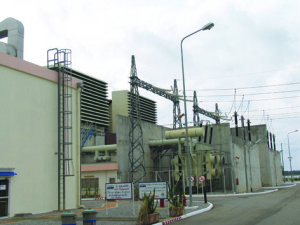 To create a modern economy, you need energy; lots of it. Energy to run mills and mines, grow and process food, light up houses, build roads and factories, and even build machines that build more machines.

Sadly, in Africa, overcoming “energy poverty” is one of the continent’s greatest challenges. It’s therefore no coincidence that the average African (excluding South Africans) earns a per capita income about 88 times lower than the average American, whose country has developed its energy sector to meet the needs of the economy.

According to the African Development Bank (AfDB), a foremost champion of energy sufficiency for Africa, over 591 million Africans do not have access to energy. This deficit affects all segments of society. Small businesses can’t thrive due to lack of power; children have no light to do school homework; girls children drop out of school and spend hours rummaging for firewood for fuel and water from distant streams; the list goes on and on.

Improving Africa’s energy situation is central to the fight against extreme poverty. Although it boasts nearly a billion people, sub-Saharan Africa consumes about as much power as Spain, with less than five percent that number. According to the International Energy Agency (IEA), Africa needs to invest an additional $450 billion in the power sector to cut continental blackout by half in 2040.

Just as almost all governments in Africa are making efforts to save the continent from energy starvation, the continent’s development partners are helping out. Under the Sustainable Energy for All (SE4All) Initiative, the World Bank Group and the United Nations have committed to achieving universal access to electricity by 2030 with a particular focus on Africa.

The AfDB is promoting energy as one of its top priorities.  “In 10 years, I expect to see an Africa that is totally lit up, that has universal access to electricity, an Africa that is not in darkness,” says Bank President Dr, Akinwumi Adesina.

That is a tall dream, but one that is realisable if Africa’s leaders and policy makers share Adesina’s fervour for Africa’s development.