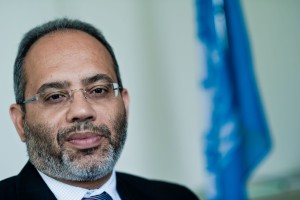 Much ink has been spilled debating the keys to Africa’s structural transformation. Experts advocate the building of sustainable cities as the way to unlock rapid socio-economic development. The World Bank names Africa as one of the regions with the fastest rate of urbanization in the world and that may continue to be so as new urban centres are springing up in countries across the continent.

In older cities ‘traditional’ infrastructure such as bridges, roads, rails and power grids are being upgraded as ICT facilities are expanding to meet the global challenge of ‘smart’ cities.  Rwanda is building three drone airports that would become operational by 2020 as part of its SMART Rwanda Master Plan 2020 while Kenya is spending $14.5billion to build Konza Tecno City by 2019, a technology hub 60 kilometres outside Nairobi.

Actis, a private equity investor plans to splash $200million on an industrial park in Lusaka, Zambia’s capital while Cote d’Ivoire is planning a $2.5 billion expansion and upgrade of its port at Abidjan by 2020.  Tanzania plans to shell out $2billion to improve infrastructure in Dar es Salaam in a bid to decongest the city as well as contain the spread of slums. Lagos State in Nigeria together with local and international private investors is building the Eko Atlantic City on land reclaimed from the Atlantic Ocean in what is billed to be the new financial capital of the West Africa sub-region.

Why are African countries in a rush to upgrade their cities? One reason, according to experts, is that rapid urbanisation has thrown up challenges such as growth of slums, urban unemployment and congestion. Africa, they say, can leapfrog the development of smart cities, if fundamental infrastructure is in place.  While deploying technology to solve every day problem is necessarily a good thing, some experts are worried over the growth of slums that exacerbate old challenges.

Dr Carlos Lopes, the Executive Secretary of the United Nations Economic Commission for Africa (UNECA), says Africa will need to be innovative in solving health and environmental challenges posed by rapid migration, population growth, reclassification of rural areas and of course climate change. Indeed the just released 2016 African Economic Outlook to be launched at the AfDB annual meeting in Lusaka, Zambia highlights the opportunities and challenges posed by rapid growth of urban and rural population.