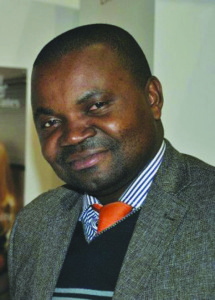 Chitamfya Caristo: Public Relations Officer of the Zambia Tourism Board

Delegates to this year’s AfDB Annual Meetings in Lusaka from parts of Africa currently witnessing rising temperatures would find the weather in Zambia a bit “icy”; perhaps not so for the people from areas in high altitudes.

For ordinary Zambians, the impact of climate change is already being felt. Delayed rainfall had authorities worried and prompted the government earlier in the year to impose a temporary ban on export of maize which it later reversed. “Global warming has led to extreme weather conditions in Zambia,” says Chitamfya Caristo, Public Relations Officer of the Zambia Tourism Board.

Just like in Zambia, several African countries are in the throes of the adverse effect of climate change. In the Horn of Africa, drought is delaying the achievement of food security even as it has compounded malnutrition.

The international community is rushing to supply food to the affected countries. Ethiopia is experiencing its worst drought in 50 years while drought has led to power cuts in Zambia due to low water levels in the Zambezi River and the Kariba dam. Zambia generates most of its electricity from hydro power plants and according to the Zambezi River Authority, water level declined on average to 30 percent of capacity in the first half of the month of May compared to 47 percent last year.

The last two years have been particularly extreme following the El-Nino weather pattern that has exacerbated flooding, drought and decline in agricultural produce.

Worried by the consequences of global warming and the challenge it poses to development, African leaders will converge on Lusaka for a roundtable on energy and climate change; seeking ways to mitigate catastrophic climate changes as well as finding solutions to the energy crisis.